In the last decade, we have never before seen so much uncertainty in the startup ecosystem.

Here’s something to ponder as we enter the busiest part of the year: we’ve never seen so much uncertainty in the Atlantic Canadian startup ecosystem as we’re seeing right now.

The ecosystem as we know it today has only been around for a little more than a decade, and it’s going through a greater flux than we’ve ever seen. Not only is the macro-economic climate deteriorating, but change is afoot in institutions that have been pillars of the ecosystem. (There was more uncertainty about startups themselves when the pandemic broke out, but not the ecosystem.)

Things do seem hunky-dory in Newfoundland and Labrador, but in the Maritime Provinces, key people have left or are leaving their positions, and there is some displeasure among founders and support organization with provincial governments. The biggest news is the merger of Innovacorp and Nova Scotia Business Inc., but the concerns extend beyond that.

I should add it’s the ecosystem I’m worried about, not the companies that make up the community. We’re concerned about pipeline, but established companies continue to produce great news. Milk Moovement – one of the fantastic companies we’ll showcase at our Entrevestor Live event on Oct. 20 – recently raised $26 million, and Mara Renewables has raised $39.5 million. Multi-million-dollar raises have been booked this year by Kognitiv Spark, Paytic and Curv, to name a few. Entrevestor this year has reported on exits by Celtx, Swell Advantage and Hotspot Parking. 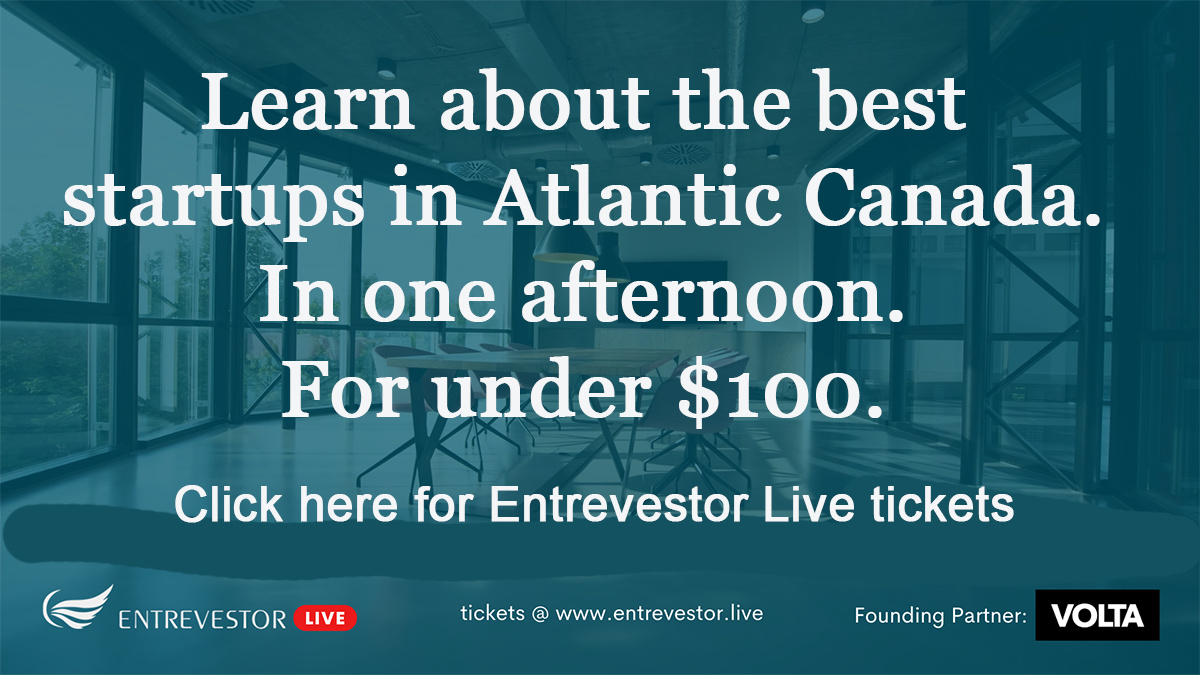 But as for the ecosystem, only Newfoundland and Labrador shines, still basking in the glow of Verafin’s US$2.75 billion exit to Nasdaq almost two years ago. Genesis, the dean of Atlantic Canadian incubators, is celebrating its 25th anniversary this year and still generating companies through its Evolution and Enterprise programs. And medtech is a hot new sector with the success of Bounce Health Innovation. Some people have changed roles – Florian Villaumé now helms TechNL and was replaced at the Memorial Centre for Entrepreneurship by Ed Martin – but the St. John’s community overall is bathed in an aura of calm and optimism.

I’ve found more anxiety this summer among founders and support organizations elsewhere. The big news, of course, is the merger of Nova Scotia venture capital firm Innovacorp and economic development organization Nova Scotia Business Inc. to form Invest Nova Scotia. Suspicion about the union of these provincial Crown corporations only grew after the interim Executive Chair of Invest NS resigned after only three weeks. Most founders I talk to are taking a wait-and-see attitude to this merger, but there’s a sense of unease as people wait to see whether programs will change.

Innovacorp, which returned $101 million to the provincial government last year following its Meta Material exit, has also lost some key personnel lately. Not only did CEO Malcolm Fraser leave when the merger was announced, but Vice President of Investment Andrew Ray has left. Earlier this year, cleantech investment specialist Michael Dennis departed.

Volta has yet to announce the replacement for its CEO Martha Casey, and life sciences organization BioNova is seeking a new boss following the departure of Scott Moffitt this summer.

The winds of change are also blowing across the Bay of Fundy, as New Brunswickers I’ve spoken to wonder whether their government will follow the Nova Scotia lead in reforming economic development bodies. I hear that relations between the innovation community and the government of Blaine Higgs have not been harmonious as he has not embraced the startup story as much as his predecessors. For example, his immediate predecessor Brian Gallant was not only Premier but also Minister of Innovation. Known mainly as a fiscal hawk, Higgs rarely discusses innovation. People in New Brunswick tell me relations between the Premier and the startup community have been thawing recently following further discussions about the employment potential of the IT sector.

New Brunswick’s ecosystem is undergoing personnel moves. The New Brunswick Innovation Foundation is losing not only its Director of Finance and Investment Raymond Fitzpatrick but also Director of Research Laura Richard – moves that NBIF Chief Executive Jeff White describes as the natural ebb and flow of an organization. Venn Innovation Program Manager Jonathan Dunnett left in June, and Meaghan Seagrave, the CEO of BioNB, departed for a position in Ontario.

And on Prince Edward Island, Sheryl MacAulay has stepped down as the head of Startup Zone to become the President and CEO of Junior Achievement PEI.

What can we conclude from all this? My guess is we’re in for some turbulence but far short of a crash landing. The economic slowdown could lead to a recession, posing challenges in both revenues and funding. And the ecosystem will evolve and move on.

What I haven’t mentioned here are the newish players. CDL Atlantic and Bounce Health are only a few years old, and new investment groups like Sandpiper Ventures and Tidal Venture Partners are just getting off the ground. The #startupatlantic branding project has the potential to raise the community’s profile.

But for now, there is uncertainty in the community and we’ll have to wait a few months to see how things shake out.