The 7-week oceans accelerator will be hosted by Memorial University. 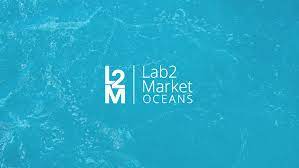 Forty percent of the students attending the seven-week accelerator for research commercialization identify as female, compared to 23 percent last year and 11 percent the year before. Hosted by Dalhousie, Toronto Metropolitan University, Memorial University and University of Manitoba, Lab2Market provides training and support to teams looking to start businesses based on research from Canadian universities. The oceans stream of Lab2Market is hosted by Memorial University of Newfoundland.

“Canada is uniquely positioned to be a global leader in developing innovative, sustainable ocean technologies that can help us better understand and protect our ocean resources,” said Ocean Startup Project Executive Director Don Grant in a statement. “The potential for these researchers to create new products and services is huge, and the benefits to our economy and our environment are significant.”

Since the oceans stream of Lab2Market launched in 2020, a total of 38 teams have participated, 24 of which have continued to pursue entrepreneurship through commercialization or accelerator/incubator programming. Participants have interviewed 1,517 customers as they worked on finding product-market fit, and have raised more than $742,000 in funds.

Here are the members of the latest cohort:

Precision Pathway is developing a navigation-planning tool for vessels in ice-covered waters.

APEL UOIT is working on a small-scale mobile waste-to-energy generator for marine ships.

PhyCo plans to sell biodegradable and non-toxic plastic made from Seaweed.

Sea Cucumber is converting an under-utilized biproduct from sea cucumbers into a nutritional supplement.

SwarmRobot is developing a system to control unmanned boats and aircraft en masse.

IceCube is developing a data acquisition system for autonomous shipping in the arctic.

I-Land is an instrument landing system for vertical take-off and landing aircraft (of which the famous Harrier Jump Jet is one historical example).

Recycling Technologies is designing boats made from recycled plastic.

Blind Interference is developing a system to reduce the extent to which wind turbines interfere with radar data.

The Fusers are working on technology to consolidate data from several types of marine weather sensors.

Bio-Feed is an oil-based fish food for use in aquaculture that aims to improve fish’s stress resistance.

Ocean Yeast is researching new ways to use yeast in fish food for aquaculture, among other applications.

AUM is working on an algorithm for estimating the position of underwater manipulator equipment — essentially robotic arms — when comprehensive measurements about the machinery’s position are unavailable.

SES-FCS is designing a hybrid vehicle charging station for the marine industry.