Our half-day conference will feature Shoelace, Millk Moovement and Sonrai. 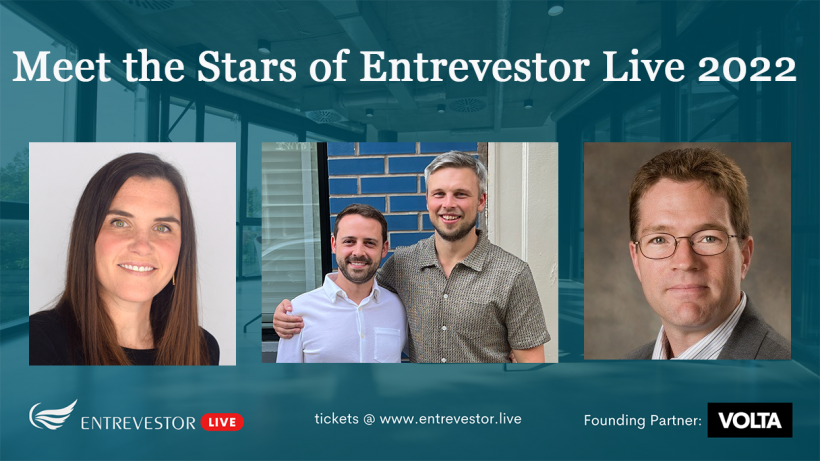 We’re delighted to announce that our Entrevestor Live conference next month will be headlined by three of the hottest companies in Atlantic Canada – Milk Moovement, Shoelace Learning, and Sonrai Security.

We launched Entrevestor Live last year to showcase the most successful startups in Atlantic Canada, and to dispel the notion that our region is dominated by early-stage ventures. And we’re proud to have assembled a roster of companies that are killing it.

The three-hour conference – condensed so it won’t waste your time and priced at a level most can afford – will take place on Oct. 20, starting at 1 pm AST. You can attend the in-person event at Volta in Halifax or join the livestream. You can buy tickets by clicking this image:

The centrepiece of Entrevestor Live is a trio of fire-side chats with co-founders or CEOs of companies that are making waves in international markets. They’re noted for the capital they’ve raised and the client base they’re building internationally.

Founded in St. John’s in 2018, Milk Moovement makes supply chain management software for the dairy industry, and its technology is now used by more than 2,500 farms.

In a session sponsored by the Emera IdeaHUB, Co-Founders Forsythe and King will discuss the company’s meteoric growth, including the US$20 million (C$26 million) funding round it closed this summer.

Shoelace Learning, a Halifax-area edtech company, has developed a platform that supports the gamification of learning with the goal of improving educational outcomes. Its first game, Dreamscape, is a digital literacy game for players in Grades 2 to 8.

Fredericton- and New York-based Sonrai specializes in helping enterprise clients organize and protect their data in the cloud. It captured headlines last year by closing a US$50 million funding round – the third eight-figure round in its three-year history.

Before Sonrai, Bird was a Co-Founder of Q1 Labs, which exited to IBM for a reported price of more than $600 million in 2012. After that deal, he headed IBM’s global cybersecurity research and development.

The three fireside chats are the highlight of the Entrevestor Live program, and they will be buttressed by other sessions, including a look at the medtech sector and a selection of scaling companies. We’re now finalizing the program, but we can tell you the six half-hour sessions will feature 10 startups that have collectively raised more than $160 million. We'll have more announcements on the content soon.

For a modest commitment of time and money, you can learn how the best companies in Atlantic Canada have risen to strong positions in their global markets.