Entrevestor provides news and data on startups in Atlantic Canada. We’re best-known for publishing daily reports on entrevestor.com. We also collect data on startups and publish annual reports analyzing this data. Entrevestor is financed by selling the annual analyses of its data, as well as selling advertisements on its website. We have clients in both the private and public sectors.

Peter Moreira has spent more than 40 years in journalism in Asia, Europe and North America. His postings include London Bureau Chief for The Deal, European banking correspondent for Bloomberg, banking reporter for the South China Morning Post, and a stint at the Canadian Press's parliamentary bureau in Ottawa. His writing has appeared in USA Today, the Columbia Journalism Review (online), the Globe and Mail, The Toronto Star, National Post, and the Independent on Sunday (London). He is the author of Hemingway on the China Front (Potomac, 2006) Backwater: Nova Scotia's Economic Decline (Nimbus 2009), and The Jew Who Defeated Hitler (Prometheus, 2014). His crime fiction series, set in San Francisco in the 1960s, includes The Haight, A Hitman on Haight Street and The Prodi Syndicate. Peter is a graduate of the Canadian Securities Course. 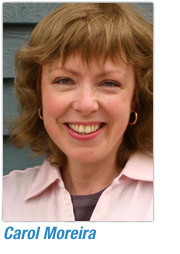 Carol Moreira has worked in journalism around the world. Her work has appeared in the Globe and Mail, the Toronto Star and the South China Morning Post among many other newspapers and magazines. She won a magazine feature writing award in 2009 and another in 2011. She is the author of the YA novel Riptides (Moose House Publications 2021), the YA fantasy Membrane (Fierce Ink Press, 2013) and the YA contemporary novel Charged (James Lorimer 2008).