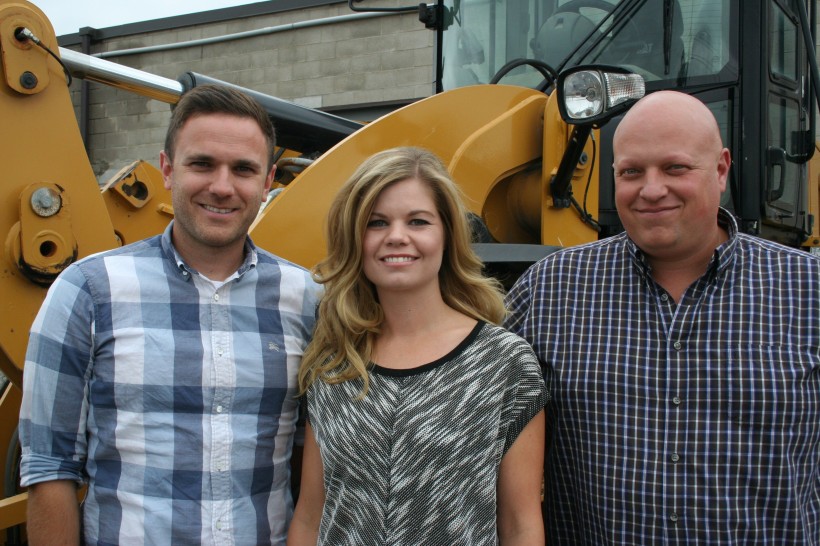 Construction equipment is expensive, capital intensive and can sit idle much of the time, especially in a northern environment. But a fast-growing startup based in Guelph believes it has found a way to alleviate the financial pain of owning such gear.

Dozr launched in March as an online marketplace in which construction, landscaping and related companies can rent heavy equipment from each other. It makes money for the owner of the equipment and can save money for the borrower.

“There’s a big problem that we’re trying to solve for the construction industry – the under-utilization of equipment,” said Co-Founder Erin Stephenson in an interview in the Communitech Hub in Kitchener last week. “Most contractors have equipment that is underutilized.”

Like many startup founders, Stephenson, her husband Tim Forestell and brother-in-law Kevin Forestell established their business as a result of their own pain. For several years, they have operated Forestell Designed Landscapes in Guelph, and had to finance several pieces of equipment, even when they were sitting idle. So they came up with a second company that would solve the pain for themselves and many in their industry.

Dozr is an online peer-to-peer marketplace in which a contractor needing a certain piece of equipment can rent it from another contractor, who’s not using it at the time. The two parties agree on the price and Dozr gets a commission. As well as providing the platform, Dozr helps the parties by providing contracts that nail down the length and terms of the rental, and taking care of the payment process. There is also a rating system so customers can see evaluations of people on both sides of the transaction.

Until now, contractors usually have had to either rent equipment (which Stephenson said is an expensive option) or borrow it from a friend (which she said can lead to misunderstandings and unpleasant situations).

Stephenson and the Forestells began to work on Dozr in March. In August, they launched their pilot project with a group of paying customers, which included competitors to Forestell Designed Landscapes.

“We took on competitors to our existing landscape business because we didn’t want to get just positive feedback,” said Stephenson. “We wanted people who would challenge us.”

The response was positive and led to referrals, and before long the size of the pilot group doubled.

In September, Dozr was accepted into the Google for Entrepreneurs program at Communitech.

Most of the customers now are in the region southwest of Toronto. The team has plans to expand, first into the rest of Ontario, then the rest of Canada and the U.S. It’s hoping to be able to arrange cross-border rentals.

“The feedback from our peer group is overwhelmingly positive,” said Stephenson. “People have been looking for something like this for some time.”