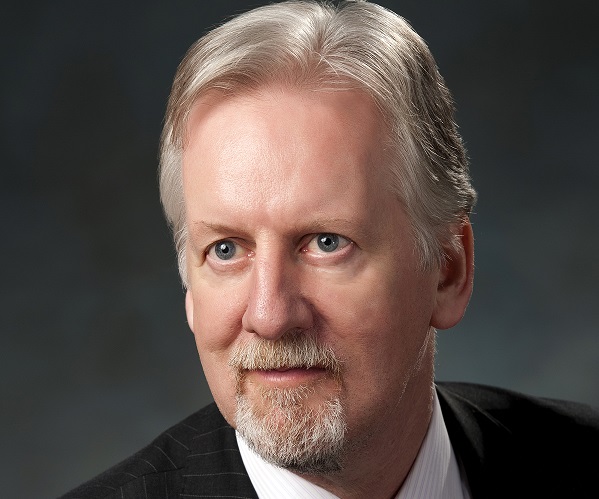 One night in July, the dozen members of the first UIT program from Cape Breton University gathered at a restaurant in Sydney and held a mock graduation.

Even though the tech and entrepreneurship program does not grant degrees, they wore academic gowns. Family and mentors were there to congratulate them on completing the 10-month program. They were off to pursue entrepreneurial ventures.

“It was an informal setting but we treated the students like CBU grads and it was just a lovely event,” said CBU President David Wheeler, looking back on the faux-commencement a few weeks later.

“It’s another positive signal for the Cape Breton Island community that this kind of activity is important for CBU.”

When Wheeler speaks of this kind of activity, he’s referring to all that UIT stands for and its role in transforming education and the economy on Cape Breton Island.

Wheeler had been at the helm of the university for about a year when a notable alumnus Gavin Uhma proposed a new program to teach young people how to build a startup. Uhma had co-founded GoInstant, one of Nova Scotia’s most successful startups, and he wanted to give young Cape Bretoners the opportunity to enjoy the type of success he had. (UIT actually stands for the Uhma Institute of Technology.)

Navigate set to open in Sydney

“It’s a very good development for many reasons, not the least of which is we do need to clone more Gavins,” said Wheeler, who has retained the gentle accent of his native England. “It was clearly a great fit for CBU and where we’re headed. I was a big supporter from the get-go.”

Under Wheeler’s stewardship, CBU is working on ‘cloning more Gavins.’ With a background in business and sustainability, Wheeler gets innovation and entrepreneurship.

Before becoming president of the Sydney university two years ago, the microbiologist held such posts as the Chair of Business and Sustainability at York University and the Executive Director of Social and Environmental Policy at international beauty enterprise, The Body Shop.

As well as UIT, the university is home to the Shannon Business School and the Verschuren Centre for Sustainability in Energy & the Environment. And it is a pillar of the burgeoning IT community growing in what was once known as industrial Cape Breton.

“We’re a university that was founded specifically to meet the economic and social needs of the island, and that has always been part of the DNA of the institution,” said Wheeler.

He said these needs are changing as the global economy is now relying more on individual enterprise rather than the traditional employer-employee relationship. To nurture – indeed benefit from – this change, CBU and its surrounding community must encourage more and more students to understand how to start their own businesses and to make these businesses succeed.

“But for the future, when the traditional way of thinking about where graduates of higher educational institutions go may no longer be valid, more and more they will be starting their own businesses,” he said. “We have to update for 2015 and begin foregrounding entrepreneurial pursuits in all programs.”

The university is now looking at re-launching its business and technology program to teach more IT. And now that the first cohort of UIT has graduated, the program has begun a second year. It`s becoming part of the fabric of the bustling tech sector in the Sydney region. So far, the experiment is proving a success.

``Year 2 will be important because if you can pull it off twice and you’re still growing and developing, then you’re on to something,” said Wheeler. “We’re very, very positive it will continue to thrive and grow. It could even be exported to other parts of the region, or elsewhere.”