What Awaits #Startupeast in the 2nd Half? 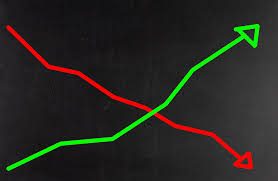 It seems ironic that the term “2020” is a synonym for perfect vision. As we reach the halfway point of the year 2020, I couldn’t imagine a foggier view of things.

As the Atlantic Canadian startup community looks to the second half of the year, there are so many reasons to be pessimistic – almost as many as there are to be optimistic.

Will this column clarify things? Fat chance.  In 2020, if you’re not confused by the economy, you’re just not paying attention. And I’ve been paying close attention. As we take a break for Canada Day, let’s try to sort through the evidence of whether our glasses are half-full or half-empty.

If I look at life sciences companies, it’s clear that things are going swimmingly well. The Nova Scotia biotech association BioNova noted recently that its companies have raised $62 million in equity funding this year, led by IMV, Appili Therapeutics and Adaptiiv Medical Technologies. That’s just one sector, in one province, in one half of the year. It’s conceivable Atlantic Canadian life sciences funding this year will crack the $100 million mark for the second time in two years, having never surpassed $30 million before that.

Meanwhile, there are SaaS companies that are killing it, depending on what market they’re in. Proposify CEO Kyle Racki told us recently that May was a great month for his company.

Patrick Hankinson, the Concrete Ventures CEO who religiously tracks data on the startup community, said on social media that staffing levels at the region’s startups have actually risen since the pandemic began.

Last week, another funder and I were chatting and neither of us could name a startup that has gone under since the crisis hit. There must be someone who’s gone belly-up. The region has averaged 60 startup failures a year in the last three years, so it would be natural that some companies have gone under lately. But I haven’t heard of any and can’t name any.

There are supports in place for good companies. The Atlantic Canada Opportunities Agency has received additional funding, and groups like Innovacorp and the New Brunswick Innovation Foundation continue to do deals. I’m hearing whispers about more VC deals coming.

Meanwhile, companies are learning to work remotely – so much so that their long-term demands for office space may decline, which will lower their burn rate.

All of which is to say the stars are aligned for a boom . . . except that they’re not.

The worries about runway (the time a company has until it runs out of money given current revenue and cash levels) are very real. Hankinson surveyed companies in late April and found three-quarter of pre-revenue companies had less than nine months of runway. Two months later, that figure may be down to less than seven months. Startups everywhere – not just in Atlantic Canada – are looking at a cash crunch.

“Four out of every 10 startups today are in the red zone: they have three months or fewer of capital runway,” said Silicon Valley-based Startup Genome in a report last week. “This means that they will collapse if they do not raise additional capital and their revenues and expenses remain unchanged, risking a mass extinction event for startups globally.”

What’s more, the largest market for Atlantic Canadian startups is the United States, and its COVID-19 situation is dire, with the number of new daily cases rising 76 percent in two weeks. Parts of the U.S. will likely have to shut down again, which will impact not only startups’ sales but also efforts to close Series A financing rounds. Bigger companies would likely need access to the U.S. to close these rounds.  These companies could probably cut costs to extend runway, though there is no indication this has happened yet.

And as for support programs, hopefully they’ll still be around next year. Trouble is, all levels of government face huge pressure to cut spending, which means the programs that have supported startups could be in jeopardy.

The key issue in Atlantic Canada in the next few years could be the prevailing attitudes to innovation-driven startups. The fact that they have continued to add jobs through the crisis (so far) demonstrates their ability to lead economic growth. As the Startup Genome report said: “Even more than in the previous [economic] crisis, the tech economy will be fundamental for recovery.”