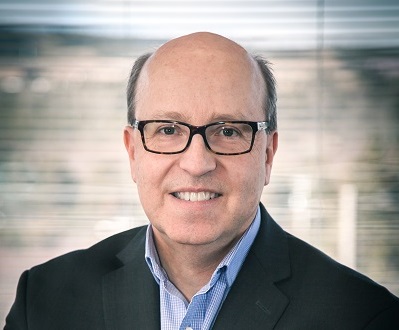 Springboard Atlantic, the organization that promotes the commercialization of academic research in Atlantic Canada, has named Daryl Genge as its new president and CEO.

The non-profit network said Thursday that Genge would succeed former CEO Chris Mathis, who announced in September he would step down from the position. Genge joins Springboard from Newfoundland and Labrador, where he worked with the provincial government as the Deputy Minister for the Department of Business, Tourism, Culture and Rural Development.

“I’m really looking forward to it,” said Genge, who is also a certified management consultant. “The economy in Atlantic Canada is changing and our universities and colleges are really a part of the foundation of that economy.”

Genge will officially join Springboard on Dec. 1. He said in an interview his main focus as CEO will be to foster and increase Springboard’s role in pan-Atlantic initiatives, like the oceans supercluster.

The Newfoundland native and graduate of Memorial University said he will begin by sitting down with Springboard’s board, members and investors to determine how the changing economy is affecting them.

“I’m going to be doing a lot of listening right out of the gate,” said Genge. “I really want to get a sense for what our members and our partners are experiencing and what the impact of those changes are having on them and where they see us adding value going forward.”

Last January, Springboard received $9.2 million from the Atlantic Canadian Opportunities Agency, which is being used to support 30 commercialization officers throughout the region over the next three years.

“Daryl is a strong leader, and his understanding of academia, industry and the public sector will be a significant asset to Springboard going forward,” said board chair Brian Lowe in a release.

Prior to joining the provincial government, Genge was also the founding director of Memorial University’s Atlantic Canada Venture Gateway, which prepared high-potential entrepreneurs to raise capital, and brought promising technologies to international markets.

Genge plans to apply that global perspective to his work with Springboard and plans to work on more initiatives that will see more collaboration between the provinces.

“I’m going to focus on ensuring we play a key role in those significant pan-Atlantic initiatives,” said Genge. “We’re kind of unique in that Springboard has been around for more than 10 years and has an understanding and real experience in collaboration and understanding of how to develop collaboration among its members.”