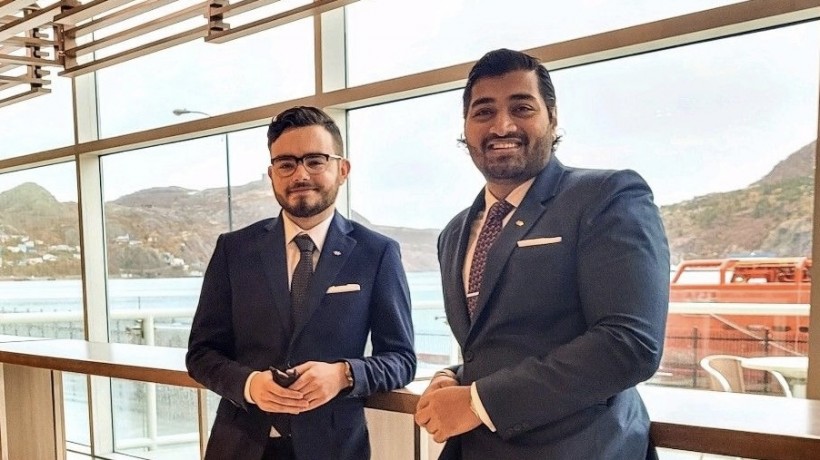 The company was founded by Tyler Pike, an economics student at Memorial University, and his boss at HSBC, Private Client Market Lead for the Atlantic Provinces Manoj Khandavelli. The duo have built a mobile application for consumers to store and organize digital receipts.

Pitch & Pick is held three times a year, one at the end of each Evolution cohort. Its latest iteration, held Tuesday, included exclusively companies from St. John’s.

“Retailers who use our product will unlock powerful tools to connect their customers with our digital smart receipts,” said Pike. “This allows retailers to incorporate things like warranty information, personalized promotions and marketing materials directly into the receipts they send customers everyday.

“They will also have access to an analytics suite to help them gain key insights into the behaviour of their customers.”

Pike added that 89 percent of consumers say they prefer digital receipts to paper ones.

And according to the Minnesota Pollution Control Agency, paper receipts can contain amounts of bisphenol A — a chemical associated with brain and prostate damage in children — that are 250 to 1,000 times greater than the amount in a can of food.

The Sport Data team sells a sensor and software suite to gather and analyze data about athletes’ performance with an eye to improving their competitiveness. Their technology is used by the World Curling Federation.

Smith said Sport Data Platform aims to give smaller sports like curling access to the same sophisticated data analysis capabilities enjoyed by more profitable organizations, such as the NHL and Formula 1.

“They’ve got lots of money. They can get whatever they want,” he said. “Smaller sports like curling, they can’t. So we’re providing services for the little guys.”

Here’s a look at the other companies that pitched:

AI Vision aims to automate OCT analysis, which refers to optical coherence tomography — similar to an MRI, but for eyes.

Rapipo will allow travellers to auction their services as parcel or letter-carriers to offset their travel costs. Eventually, the auction system will be replaced by a price-setting algorithm that will aim to undercut traditional package carriers.

Resolvers is developing an online platform for the sale of middleware software — code that exists above the operating system but below the level of programs within a computer’s software stack and underpins the functionality of the applications a user interacts with. Anwar also won corporate training software-maker Bluedrop ISM’s Innovation Scholarship, which promises to help female entrepreneurs access skills training.