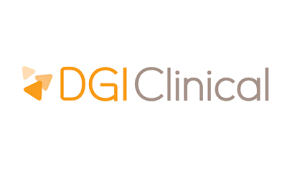 The app allows caregivers to learn about dementia, including Alzheimer’s disease, and provides management strategies for dealing with symptoms.

Caregivers can choose those symptoms most important to them and share progress with family and clinicians. The app is functional on iOS devices and available free on the app store.

“Over two decades of research and conversation with people living with dementia and their caregivers has formed the foundation of SymptomGuide Dementia,” Dr. Kenneth Rockwood, President and Chief Scientific Officer of the company said in a statement.

Rockwood, a geriatrician and Alzheimer’s disease researcher, said the app is designed to give caregivers comprehensive, current information about dementia, its symptoms, stages, treatments as well as an easy-to-use method of capturing an individual’s information and experience in a manner that’s meaningful for the caregiver.

“Our hope is that the information tracked with SymptomGuideTM Dementia will be used for discussion with family members and for shared decision-making with clinicians.”

The app was launched at the Alzheimer's Association International Conference in Chicago, an event attended by over 5,600 clinicians, researchers and industry scientists, the statement said.

DGI has a suite of proprietary electronic Clinical Outcome Assessment (eCOA) tools for licensed use by sponsors in drug development. The company’s products focus mostly on digital tools for diseases of the central nervous system such as dementia, Parkinson disease, and schizophrenia but also include applications for other chronic, complex diseases such as hemophilia.