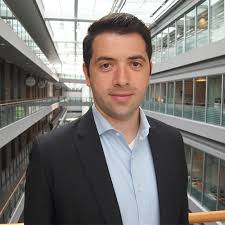 The National Angel Capital Organization wants to help nourish local investment groups in Atlantic Canada, but its CEO stresses that the development of angel groups in the region has to be organic.

In an interview in his Toronto office last week, Yuri Navarro said the Canadian umbrella organization for angel investment groups has been focusing on Atlantic Canada lately. The goal is to provide the support, education and research enjoyed by angel communities in other parts of the country.

Yet he said repeatedly that NACO is positioning itself to support a group or groups that sprout up in Atlantic Canada, not initiating a group of angels in the region.

“We’re not going to say, ‘Thou shalt have an angel group,'” said Navarro. “Our approach is to see who the angels are in the community and what the naturally forming networks are that we can support.”

Angel investing is the funding of startups by wealthy individuals. It often involves local groups that can attract and vet young companies and bring them together with enough investors to raise a meaningful amount of capital. NACO is the Canadian body that supports these local groups by teaching angels best practice, researching the industry and broadening each group’s network.

When Navarro took over the CEO role seven years ago, there were strong angel groups in Central Canada, and NACO focused on developing the network in the West. Now that there are thriving networks from British Columbia to Quebec, NACO is turning its attention to Atlantic Canada, where there are questions about the outlook for angel groups.

Navarro is unsure how the angel community in Atlantic Canada will evolve, but he wants to ensure that NACO can support any groups that emerge in the next few years.

Last year, NACO held meetings throughout the region with support organizations, then hosted a five-city road show, staging events to help educate individuals on how to become angel investors. This year, it is working with Island Capital Partners to hold an angel summit in Charlottetown in the autumn.

“Our goal is to . . . make sure people are aware of the opportunities for investment in Atlantic Canada,” said Navarro. “It’s already happening on its own, but we want to support it.”