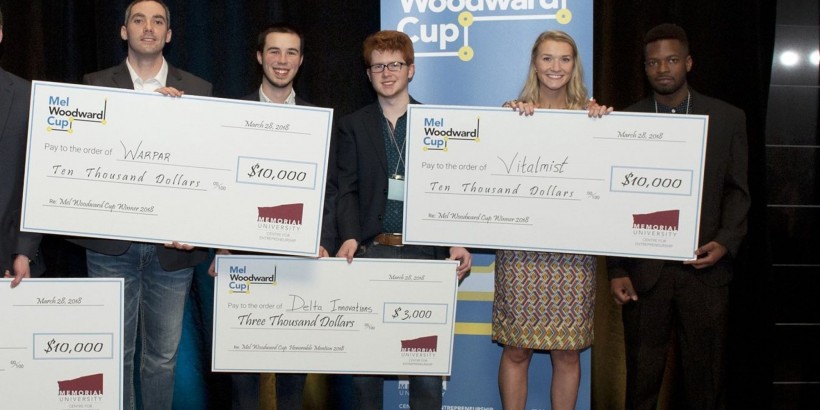 The Memorial Centre for Entrepreneurship has opened applications for the 2020 Mel Woodward Cup, which will hand out $35,000 in prize money to companies founded by Memorial University students.

MCE Director Florian Villaumé sent out an email Monday to say the organizers are changing the rules of the competition to channel more development capital into the two strongest participants.

The competition previously gave $10,000 each to three top companies and smaller awards to other entries. For the 2020 version, the first-place entrant will receive $25,000 and the runner-up $10,000.

“Since its inception, the community of Memorial entrepreneurs has grown exponentially, which has resulted in more applicants and different needs for funding,” said Villaumé in an email. “After three years of running the Mel Woodward Cup, we also learned from participants what works and what can be improved.”

The Woodward Cup began three years ago to provide seed funding for student-led businesses, and has become a major event in the St. John’s startup calendar. The prize money comes from funds provided by the family of the late Mel Woodward, a Memorial alumnus and pillar of the Newfoundland and Labrador construction industry.

Applications are open until March 1, and the pitching competition will be held March 23. You can find more details here.

In the last three years, the entrepreneurial community at the university has evolved, so the Woodward Cup will no longer be open to idea-stage companies. Participants must have a prototype or be in a pilot program, and have actively engaged potential customers.

The MCE suggests idea-stage entrepreneurs look for support from the Ignite Fund, which provides up to $2,000 to aid early-stage business ideas.

The Centre for Entrepreneurship also said Woodward Cup applicants will need to demonstrate a strong commitment to going full-time with their business idea after their graduation.

Past winners of the competition include CoLab Software, which this year was accepted into the Y Combinator accelerator and raised $2.7 million, and BreathSuite, which just raised $550,000.