The startup hub’s CEO says it has fared well during the pandemic. 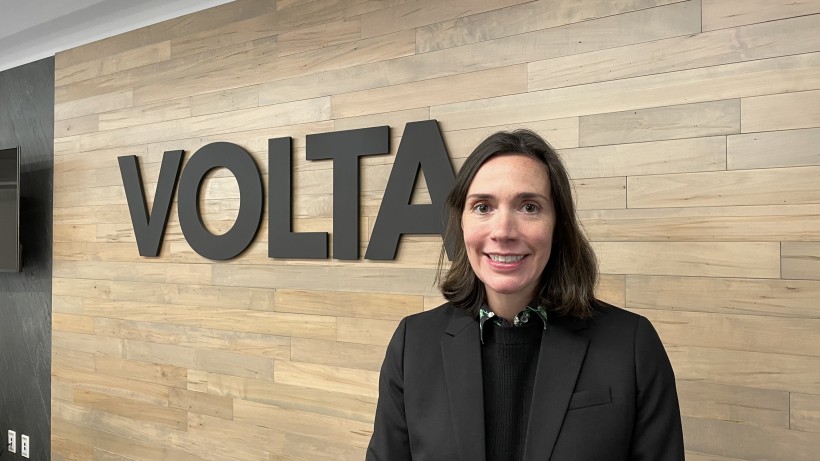 Martha Casey, CEO of Volta, said in an interview Monday that the Halifax startup hub’s finances and community engagement levels are in good shape despite COVID-19.

Volta, which originated in 2013, provides office space as well as incubator and accelerator programs for startups. Casey was elevated to CEO in the spring of 2020, after a two-year stint as COO. She has shepherded the organization through a pivot to a hybrid business model that includes a mix of virtual and in-person services.

She said Volta has relied on community feedback to help tailor its offerings to the needs of the startup community, which have evolved thanks to the pandemic, and that continued demand for startup support services has left the company on solid financial footing.

“We did make some difficult changes,” she said. “And I think we're not alone. That was very early on. But our programming… didn't slow down.

“And in terms of [financial] sustainability, we're actually in a strong place.”

The team also began holding weekly meetings with startup founders to seek feedback about what types of support entrepreneurs most needed.

A key takeaway from the meetings, Casey said, was that founders needed more personalized guidance than Volta’s standardized incubator offering could provide.

“What we found was that… rather than prescriptive programming, we needed to be very focused on getting founders the support they need when they need it,” she said.

“So, for example, those founders who recognized that they needed to shift their business plan or their approach, we made sure they had access to advising that could support that transition. And as we can see — you know, certainly it's the founder’s success, not ours — but we've seen a number of founders really come through much stronger.”

Volta’s services for its member companies now include expanded access to mentorship sessions with innovation economy luminaries. For example, Matt Cooper, co-founder of janitorial software startup Swept, was among Volta’s roster of mentors in the early days of COVID-19. He has since become chief innovation officer.

Now, after a lull, Volta’s physical office space is once again showing signs of life, with Casey banking on initiatives such as free coffee and snacks to draw people in.

Volta’s space on the Maritime Centre’s mezzanine level — where members can buy dedicated desk space for prices ranging from $100 to $200 monthly, compared to $30 for a co-working membership — is “fully subscribed," Casey said. And the lobby-level co-working facility is becoming steadily busier.

“In the last couple weeks, we’ve seen a big uptick,” she said.

The new occupant of Manifold’s space is California-based FastSpring, which is using Volta to build out its Canadian team after buying e-commerce specialist SalesRight.