The Halifax startup will help the Boston media company mine data for marketers. 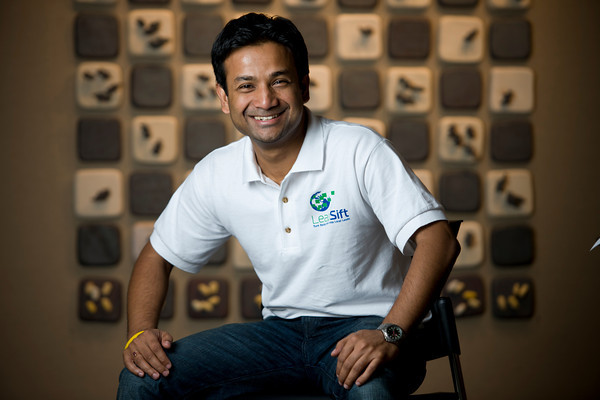 The two companies issued a press release today announcing the deal, and saying that LeadSift’s technology will help the Boston company to mine data to help its tech clients to find sales leads.

LeadSift’s 15-member team will continue to work in Halifax under the leadership of CEO and Co-Founder Tapajyoti Das.

IDG Communications is part of International Data Group, Inc., which is best known as the publisher of some of the world’s leading tech magazines, including CIO, Computerworld and PCWorld. Last month, the parent company was bought out by New York private equity giant Blackstone Group for $1.3 billion.

This group has massive amounts of data on digital industries drawn from their magazines and other sources. It has been on an acquisition spree lately to develop the tools needed to mine and analyze this pool of data for marketers.

“The buying journey for B2B technology purchases is extremely complex and involves multiple decision makers,” said LeadSift Co-Founder Sreejata Chatterjee in the statement. “Having a view into those intent signals at the contact level provides a massive competitive advantage and directs your sales team to engage with the right buyers at the right time.”

IDG Communications in the past few months has purchased account-based marketing platform Triblio and a marketing data and intelligence solution, KickFire. Now it has bought LeadSift in its first acquisition in Canada.

The acquisition, first reported by AllNovaScotia.com, is the latest stage in a journey that began 10 years ago when Chatterjee and Das, then students at Dalhousie University, presented the idea for their company at the first DemoCamp in Halifax.

From there, they went through the first cohort of Propel’s Launch36 accelerator, making weekly trips to Moncton to attend the classes. After attending MentorCamp in 2013, the company raised its first round of funding led by OMERS Ventures. Its investors now include Innovacorp, Salesforce and such angel investors as Gerry Pond, Jevon MacDonald, Permjot Valia and Ian Cavanagh.

“It’s been a long ride, not just for us but for our investors too,” said Das. “They’ve been more than patient and I’m extremely glad they’re getting a healthy return on their investment.”

LeadSift had started out as a tool for retail buyers, but in 2016 it pivoted to focus on helping small and medium-sized technology companies in the business-to-business market find sales leads. The result, said Das, was a huge growth in revenue. Revenues have been growing about 5 percent month-on-month and the company had become profitable at the time of the acquisition, he said.

Das added that the pivot was the reason the company was able to find a buyer, and that without the pivot LeadSift would have failed.

“One thing that we’re really proud of – and I think we did this better than anyone – is we just did not give up,” he said. “If there’s any lesson for all the startups here it’s not to give up. I sincerely believe that.”