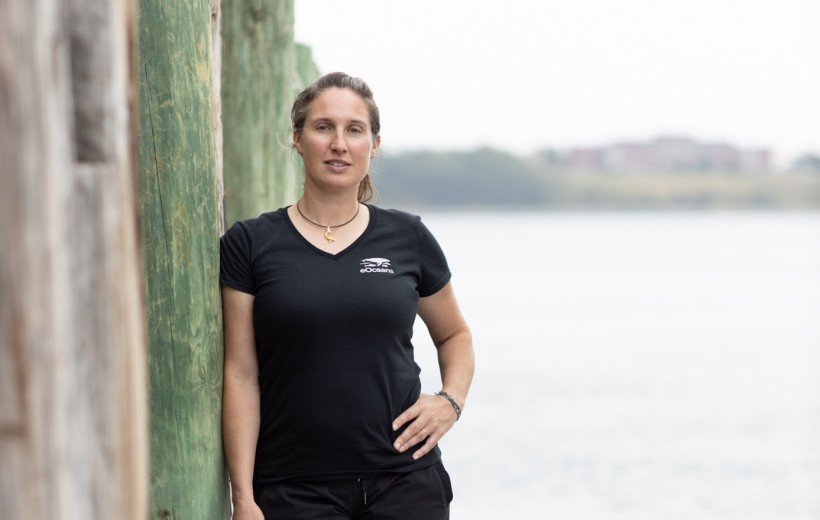 Halifax’s eOceans, which is developing an online platform for gathering ocean data, has joined the latest cohort of the Seattle-based Washington Maritime Blue accelerator.

The company’s Founder and CEO Christine Ward-Paige is the only remote member of the 11-team cohort, joining the program online each day. But she will travel to Seattle in April for the closing presentation to the Maritime Blue community, which includes business people, marine scientists, investors and fellow entrepreneurs.

Already, she said in an interview, the experience has broadened her network, especially on the West Coast, and exposed her to other oceantech entrepreneurs and nautical businesses.

“It’s called Maritime Blue, so it’s all marine-focused and the other 10 companies are in this space but not doing the same thing we are,” she said. “It’s been opening doors to the bigger community and that’s really been great.”

Ward-Paige is a marine scientist who received her PhD in 2010, and with eOceans she has developed a mobile app that allows scientists and “citizen-scientists” to submit data into an app for analysis. The idea is that getting the broadest range of people possible to input data will improve the collection of data on the oceans, allowing for better and faster analysis of the world’s oceans.

“Our mobile app allows all ocean explorers to become scientists by simply logging what they see,” says the company’s YouTube video. “Our online analytical tools provide researchers with real-time insights to monitor the oceans by species, oceans and issues.”

The platform includes a databank of 560,000 marine species, allowing users to record sightings of most known plants and animals in the oceans. It also allows users to record “socio-economic and cultural values” of the people who live and work around oceans. Ward-Paige says this is one of the pillars of what the company does.

“I’m in love with the oceans but I’m also very empathetic,” she said. “Over the years, as a marine scientist, I would go out to do a study or write a paper. Every time I was on a dock, someone would be there saying to me, ‘Hey, why don’t you have my data? Why isn’t anyone talking to me?”

As a result, Ward-Paige set out to develop a system that can assimilate observations from around the world to produce timely data from a range of sources. It can show progress in protected areas or sound warnings for problems, such as the decline of right whales on the North American East Coast or orcas on the West Coast.

The business model calls for researchers or enterprise clients to pay for access to the software subscription, and the ultimate mission is for eOceans to gather 1 billion observations a day and support 1 million analyses a month.

The eOceans team now comprises Ward-Paige and developer Majid Nasirinejad. They are now piloting the system with marine scientists in such places as Indonesia, Thailand, Fiji and the U.S. Ward-Paige is not planning an official launch so much as an incremental roll-out, but the unofficial coming-out will be her presentation in Seattle in April.

“The whole cohort [at Maritime Blue] has been very supportive and we’ve had great speakers,” she said. “And I really look forward to presenting to that audience in April.”