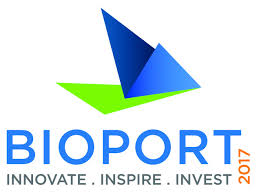 Delegates to BioPort 2017 on Wednesday were told of the impact of recent life sciences innovation in Atlantic Canada and encouraged to embrace further change.

The impact so far is found in the fact that $1 billion has flowed into Atlantic Canada in the last six years from exits by companies in the life sciences and digital health space, and follow-on investment by the companies that bought them.

BioPort is the annual get-together for life sciences entrepreneurs and innovators in the region, and the gathering this year celebrated the growth of biotech in the region, especially in New Brunswick. Pfera Inc., the winner of the BioInnovation Challenge, the conference’s $45,000 pitching competition, is from New Brunswick, as are Zecken Laboratories and Tieös Pharmaceuticals Inc., the two other finalists in the event. (Read our full report on the BioInnovation Challenge.)

The delegates were told to embrace further innovations, especially in overall healthcare.

Peter Vaughan, Chair of Canada Health Infoway and Nova Scotia’s former Deputy Health Minister, urged the delegates to embrace current innovations in healthcare – not just futuristic technologies on the horizon but products that are on the market now.

For example, he cited such companies as Babylon Healthcare in the U.K. and the Mercy Virtual in St. Louis as organizations that are cutting costs and meeting patient requirements through online and video consultations, often including drug delivery.

Patient surveys show that citizens want modern medical processes like e-prescriptions, online access to their medical records and timely medical consultations – goals met by groups like Babylon and Mercy. These organizations also meet the needs of government, as provinces spend upwards of 40 percent of their budgets on healthcare, only to find that 30 percent of healthcare spending has no value, said Vaughan.

“You’re starting to get a picture of what’s available in the present,” said Vaughan. “So how do we take these things and change the one thing that’s on everyone’s mind – access to healthcare?”

Vaughan said the future of healthcare is found in data because the analysis of vast reams of healthcare data reveals patterns that can predict severe health problems. This data can signal a problem is imminent so measures can be taken to prevent a crisis. Multinationals like Google, Apple and Amazon are now analyzing such data in the cloud, he said, but there is an opportunity for public, open data projects that could benefit everyone. He called on the Atlantic Provinces to come together to pioneer such a project with the data from its 2.2 million residents.

“We in this country have the opportunity to produce a publicly funded ecosystem,” he told the assembled innovators. “This is the opportunity we face in Atlantic Canada. We can be that industry and then you can have access to more information than you ever imagined.”

Scott Moffitt, Executive Director of BioNova, said in an interview there is evidence the life sciences segment in the region is evolving as exits in the space have created about $1 billion in investment.

The exits of the past few years in the life sciences and digital health segments have included the sale of Ocean Nutrition Canada of Dartmouth for $540 million, BioVectra of Charlottetown for $100 million, and STI Technologies of Halifax, reportedly for more than $200 million. Moffitt said his tally also included other exits and investments that the purchasing companies made after the purchases closed.