The Fredericton company tells software developers whether their products are vulnerable to cyber-attacks. 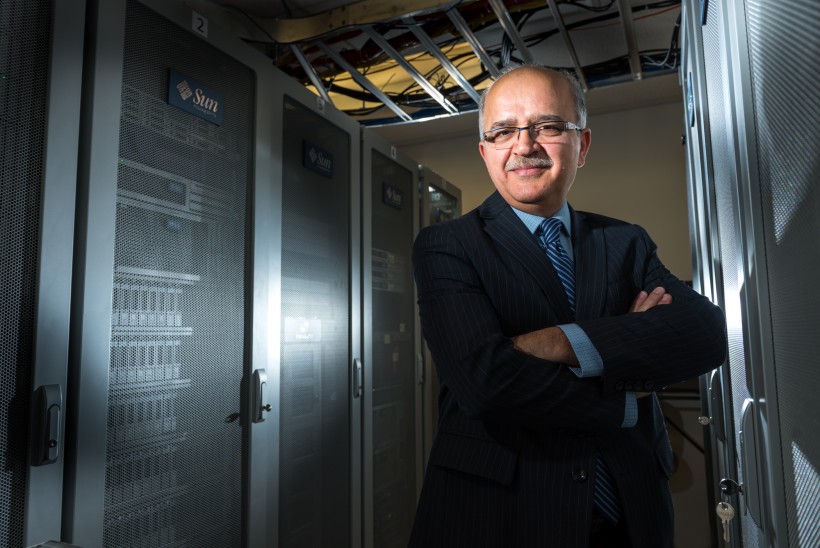 Ali Ghorbani: 'I hope that one day work like ours will be standard for the industry.'

Ali Ghorbani has launched a new company, and not surprisingly it is focused on cybersecurity.

An academic, researcher and serial entrepreneur, Ghorbani is the Director of the Canadian Institute for Cybersecurity in Fredericton, and his new company is Cydarien, whose product tests software for security vulnerability.

Cydarien, whose product is now in the market, helps software developers test their products to ensure there are no weak points that will allow openings for cyber-criminals. While software testers focus on software functionality in great detail, Cydarien provides small and medium-sized software companies with a scorecard that places their solutions into one of three levels of vulnerability. It can benefit not only companies producing software but also their customers.

“I hope that one day, work like ours will be standard for the industry,” said Ghorbani in an interview. “We hope the government will say that, if you want to ship your software, you have to have this scorecard first.”

Ghorbani came to Fredericton more than two decades ago to join the Computer Science faculty at University of New Brunswick, eventually becoming Dean. He helped with the research for Q1 Labs early in the century, which was his first (but not his last) experience with entrepreneurship in general and cybersecurity ventures in particular.

While he’s held such positions as Dean of Computer Science, Canada Research Chair in Cybersecurity and Director of the CIC, Ghorbani has also been devising and refining products and assembling teams to spin them into companies.

In 2012, he and some graduate students launched Ara Labs (later called Sentrant Solutions), a specialist in detecting and fighting fraudulent online advertising schemes. It was acquired by Nielsen in 2017. Ghorbani and former politician Craig Leonard teamed up in 2018 on Eyesover Technologies, a social media monitor company, whose board Ghorbani chairs.

Now he and a team of five full-time people have launched Cydarien, which provides software developers with “automated fuzz-testing”. That means it subjects new software to a series of random events to determine what will make it crash or leave it susceptible to a cyber-attack.

“This company is dealing with the area of resiliency, dealing with software shipped to market in a rush,” said Ghorbani. “In doing that, developers often overlook the cybersecurity side of the software. . . . [The solutions] actually start failing and it creates financial and other pains.”

Though blue-chip tech companies have in-house systems that can conduct these tests, Cydarien is targeting small and medium-sized software makers that could use these scorecards. Ghorbani said that the market could be huge as the software testing market is expected to be worth $23 billion by 2025.

Cydarien has completed beta-testing (discovering a huge vulnerability for one potential client) and is now selling the product. Ghorbani himself has financed the company so far, along with some non-dilutive financing. The team is currently looking for a CEO, and that person’s to-do list may include raising a round of funding.

One final note about Ghorbani is that he’s been interviewed several times by Entrevestor over the years, and he has always stressed his prime mission is to create opportunities for New Brunswickers. He’s done it with the CIC, whose stable of researchers has grown from 17 to 65 in just four years, and now he wants to do the same with Cydarien.

“All I’ve done is just focus on creating opportunities and this is the meaning of [CIC] – we create opportunity for others,” said Ghorbani. “I want to continue with this and keep people employed. This is the top of my list – that the jobs we create will keep people in the province.”