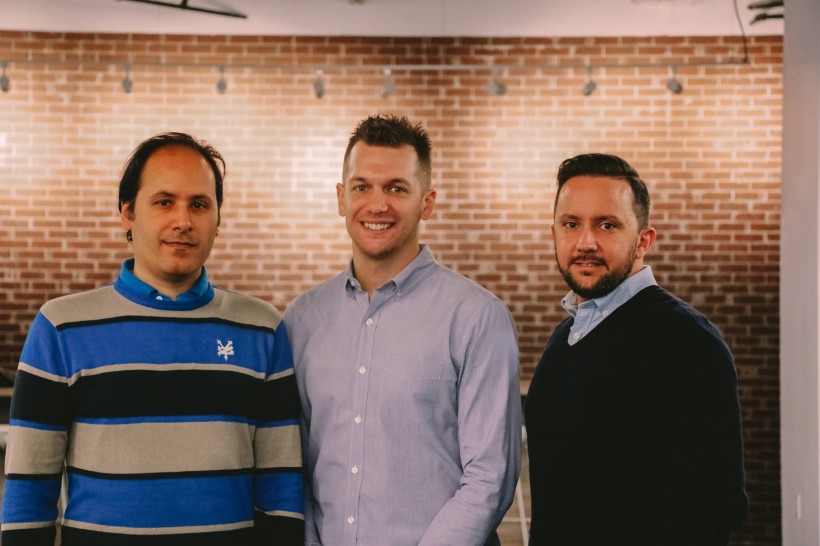 The Bright founders, from left, are Kiran Sachdev, David Howe and Blair Ryan.

Halifax-based Cribcut, known for its at-office haircuts and beauty services programs, is rebranding as Bright and adding new personal well-being and fitness services to its platform.

Bright will continue to sell its on-site services to employers to be included in employee well-being packages. But it has added a virtual arm to its business during the COVID-19 pandemic to offer online services those companies whose employees are working remotely.

CEO David Howe said in an interview the pivot had been planned before the pandemic. However, the company’s haircut revenue stream collapsed when Canada and much of the United States entered lockdown, so his team accelerated its planned timeline.

“With Cribcut, like startups do, we’ve gone through a few iterations of the business model. And it became obvious after each iteration that we made, that Cribcut the brand made less and less sense,” said Howe. “We want to be the company that, whether you work from home, work from the office or some combination of both, we have perks and amenities that you can offer your team.”

Bright will continue offering personal grooming services where local social distancing guidelines permit, such as in Halifax. Its slate of in-office offerings will also expand to include dry cleaning and massages.

The company's new, wellness-related classes will centre on topics involving yoga, nutrition, fitness and mindfulness. For example, the yoga classes will include chair yoga and morning stretches, among other subcategories.

What Awaits Atlantic Canadian Startups in the 2nd Half of 2020?

As well as hiring staff remotely in major business centres, such as New York and Los Angeles, as Cribcut did in the past, the instructors will be Haligonians.

Bright’s headquarters is in the Halifax innovation hub Volta, but the newly recruited instructors are filming their online content in an office building on Hollis Street in Halifax. Counting the instructors, Bright employs about 20 full-and part-time staff, and another 20 contract workers.

In addition to having graduated from CDL-Atlantic in 2019, Bright is now enrolled in The Brandery – a Cincinnati startup accelerator that Howe describes as “probably the best in North America for branding.”

Howe said Bright has runway for about a year, but once his team graduates from The Brandery, he plans to leverage venture capitalist connections from the program to raise a US$1.5 million ($2.04 million) seed round this winter.

The raise will follow up on a US$100,000 investment that Bright received when it was accepted into The Brandery, as well as about C$1.5 million of Canadian capital, including angel funding and a VC investment from Innovacorp.

Howe said the seed round will be in American dollars because he wants strategic investors, and the United States is a key market for Bright.

“Our focus is on bigger markets in the U.S.,” he said. “This is where our customers are, so there’s a lot of benefit to having investors in those areas . . . versus a market like Halifax (which is) not a big focus in terms of revenue and customers for us.”