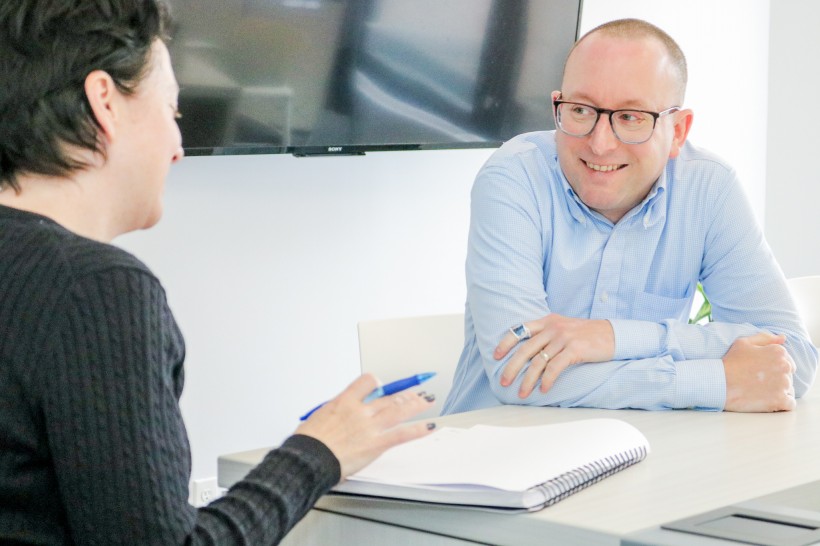 Founder Greg Poirier announced Monday that CloudKettle is bringing on the firm’s first senior partner in Jon McGinley, the former CEO of Livelenz (which was acquired last year by Mobivity). Poirier said the signing of McGinley, a former colleague at the social media monitoring company Radian6, is the first step to CloudKettle growing with the addition of new partners, just as a law firm or accounting firm would grow.

Now in its third year, CloudKettle is a tech consultancy whose client-base is dominated by companies with billions of dollars in revenue. It brings in seven figures of annual revenues. Poirier and McKinley say their specialty is “revenue stack” for Software-as-a-Service providers. What they mean by that is CloudKettle improves clients’ online interaction with the market – from posting a digital ad, to engaging with a potential client, to making the sale and then renewing the client. Even after that, CloudKettle helps clients ensure the data on the client relationship is passed on to the appropriate people, like the customer success division, and acted on.

“It’s a pretty niche market,” said Poirier. “We’re working with one end-to-end SaaS company that sells a pretty expensive product. They need someone who can come in and move the needle on that thing because even a single sale can be worth a million dollars or more.”

CloudKettle now has seven full-time staff in Halifax, as well as two part-time people and several sub-contractors. Most of its highly experienced staff is based in Halifax, and it has a few Atlantic Canadian clients like Spring Loaded Technology of Dartmouth and Charlottetown-based iWave Information Systems. But most of its clients are in the U.S., especially in the San Francisco area. In fact, Poirier and McGinley will host a seminar called the Revenue Stack Summit at the Press Club in San Francisco today for top-tier executives of existing and potential clients. It will be a chance, they hope, to get a few clients into what CloudKettle execs among themselves call “the dating project.” The official name is the “Revenue Stack Audit.”

The goal of the Revenue Stack Audit is to assess whether a corporation would be a good client for CloudKettle. The potential client pays for CloudKettle to come in and run a series of tests. The audit takes about four or five weeks, and at the end of it the corporation should know the systems, technology, processes and personnel that need to be upgraded.  And CloudKettle should know whether this is a client they want.

“By the end of four or five weeks, we should know a couple of things,” said Poirier. “One is whether we can help them … and then additionally we know if we like them. “

Added McGinley:  “We want to grow responsibly. I think we can both agree that we want to get the right client and that doesn’t necessarily mean the most revenue.”

The fact that the company is based in Halifax adds a lot to the Atlantic Canadian tech ecosysten. Both Poirier and McGinley have a stable of companies they mentor, and Cloud Kettle works with groups like Propel ICT to help young SaaS companies improve their client acquisition.