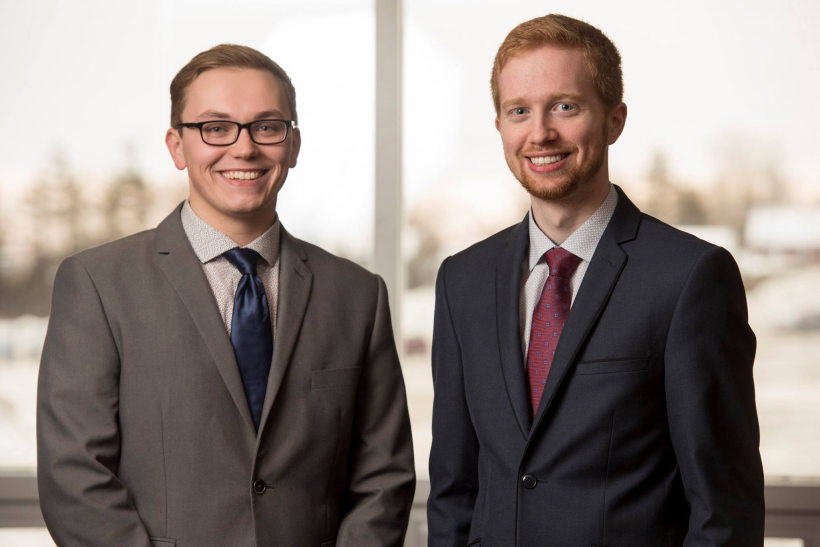 As a graduate student at Rice University in Texas, Felipe Chibante was inspired by his professor Richard Smalley, a co-winner of the 1996 Nobel Prize for Chemistry for the discovery of fullerenes.

On Thursday, Chibante and his co-founders in a young company called Canum Nanomaterials hope their work with fullerenes will win them a more modest prize – the 2019 Breakthru competition title. Canum is one of five finalists in the biennial award hosted by the New Brunswick Innovation Foundation.

Fredericton-based Canum has grown out of Chibante’s research at University of New Brunswick, which has resulted in a new, cost-effective way of making fullerenes. These nanoparticles are spherical structures of carbon atoms that have a range of commercial uses, including in healthcare and solar energy. And the good news for Canum is that their price is rising due to strong demand.

“We want to meet the growing demand, and as we scale up [use the increased production] to bring down the price,” said CEO Kyle Woods in an interview this week. “Our strategy is to bring the price down by about half in about 5 years. … The real advantage from our standpoint is to bring the cost down.”

The story of Canum Nanomaterials starts with Chibante, who was a graduate student at Rice when Smalley’s team discovered fullerenes. He then joined the faculty at UNB, where he is respected as one of the institution’s leaders in terms of using research to start companies. His work has resulted in ventures such as Smart Skin Technologies, which raised $3.1 million in funding last year, and Atlantic Hydrogen, which unfortunately ran out of money and declared bankruptcy in 2015.

Since his days at Rice, Chibante has been fascinated by fullerenes, which are extremely small groups of carbon atoms arranged in a hollow sphere. Canum can produce them cheaply.

Woods explained that the last big change in the way fullerenes are produced came about a decade ago, and the price fell as this process became prevalent. Now it’s worked its way through the system, and prices rose in the past couple of months.

Now the Canum team – Woods, Chibante, Alex Clarkin, Jayson Brown and Francois Michaud – want to get into the market and disrupt it.

The team is currently producing fullerenes in a lab, and hopes to be working out of a pilot facility sometime in 2020. (The timing would depend on raising investment.)

“That would move us from producing a few grams a month to a few kilograms a month,” said Woods.

He added that the team hopes to be in a full-scale commercial facility within 12 to 18 months after its pilot facility goes into production. Once the full-scale plant is up and running, Canum would likely employ about 12 to 15 people, as well as the founders.

“It’s going to take some money,” said Woods, estimating the cost of setting up the pilot facility would be about $600,000. “It would take us to the point where we can ramp up the production and make some money. And once we built the facility, we’d actually be profitable in a few months, which you really wouldn’t expect in a pilot plant.”