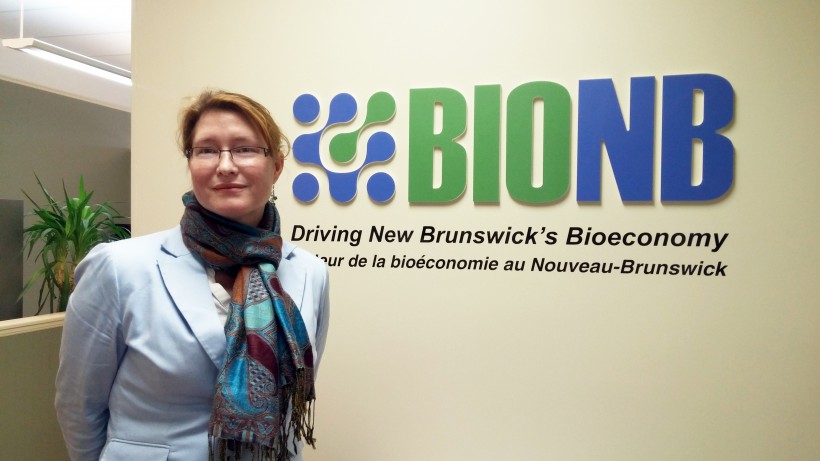 Meaghan Seagrave: 'This is the third year in a row we're seeing growth on all fronts.'

BioNB, the umbrella organization for life sciences in New Brunswick, has published its first annual report, showing a rapid increase in the number of biotech companies in the province and highlighting several achievements.

Last week, the Fredericton-based group issued the 44-page report, which says that the number of bioscience startups operating in the province has doubled in the past four years to more than 100. The association said it is now working with more than 40 startups.

The report also said that startups now make up about 44 percent of the bioscience community in the province, while 22 percent are early stage, 16 percent growth stage and 19 percent mature.

“The sector continues its upward trend with regards to number of companies, number of jobs and private capital raised,” said Executive Director Meaghan Seagrave. “This is the third year in a row we are seeing increases on all fronts. New Brunswick is definitely proving to be a great sandbox for early-stage bioscience ventures.”

The companies range from startups like Chinova Bioworks, SomaDetect and Pfera, which were founded in the past few years, to such global enterprises as McCain Foods.

The highlights of 2017 included:

“2017 was a banner year for New Brunswick bioscience,” said BioNB in a press release. “Our entrepreneurs worked to advance opportunities that ensure our food security, improve our health and create a cleaner environment. Over 100 New Brunswick companies were involved in bioscience, including start-ups, early-stage and established companies.”