Keevill has been working with Mariner Co-Founder Gerry Pond since the 1990s. 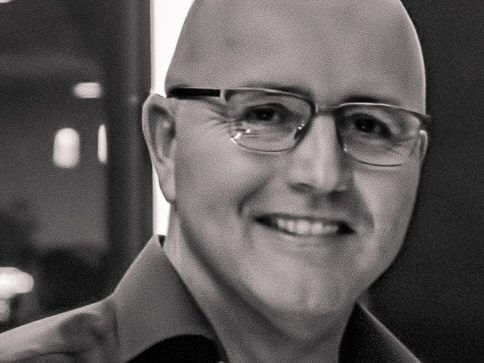 Mariner is the 270-person firm founded by former NBTel CEO and Aliant Telecom President Gerry Pond and a cadre of his collaborators. It serves as the umbrella corporation for a basket of other businesses, including Shift Energy and East Valley Ventures. Keevill worked with Pond on innovation-based projects in the 1990s, when Pond was ascendant at NBTel.

“We're all connected,” said Keevill in an interview. “And not all of us, but a number of us date back to those early, innovative days at NBTel.”

Keevill, who is now a Mariner shareholder, started work on Jan. 4 after beginning to unofficially contribute to the decision-making process in December.

“I've had some exposure to the business planning process,” he said in an interview. “For me, it's meeting the team and understanding the products and services to the extent that I can in a short period of time.

“So I'm still very much in immersion mode in the new business.”

Keevill became involved in the technology sector initially via a job in Europe with the now-defunct Lucent Technologies, then called AT&T Network Systems International. His former roommate from Acadia University -- where he studied business administration before earning an MBA at Western University -- recommended NBTel as a company where he could work on innovation-driven projects.

Keevill eventually left NBTel to found a startup called Flow Network. He sold the business in 2001 to internet ad company DoubleClick, which in turn sold it to Google, before he became Alliant Telecom’s President of Broadband.

Later, Keevill invested in a marketing firm called Corporate Communications, which he eventually purchased outright and rebranded as Colour. The business now has offices in Halifax, Toronto and New York.

“He’s great communicator,” said Pond in an interview. “He’s a businessman. He’s had a startup history. He’s been in our business since he worked at NBtel and he’s a qualified executive from Atlantic Canada. And we’re glad to have him.”

Keevill will work out of Mariner’s Halifax office on Spring Garden Road, with frequent visits to New Brunswick once public health permits.

He said he does not yet know exactly what initiatives he will spearhead at Mariner over the next few years, but added, “The opportunity, I think, is for me to be involved in really taking growth to the next level.

“(Mariner has had) very strong, profitable revenue growth over the last two or three years, and I think the opportunity is to find a way to continue that growth and even accelerate it.”

And although most of Mariner’s founding team is retirement age, Keevill said it is “not necessarily” the case that the COO role makes him Pond’s heir apparent.

“These guys... they don’t retire,” said Keevill. “For Gerry and for the people that have grown up with him and worked with him for a number of years, he sets a very high bar for hard work. Longevity and persistence matter.”