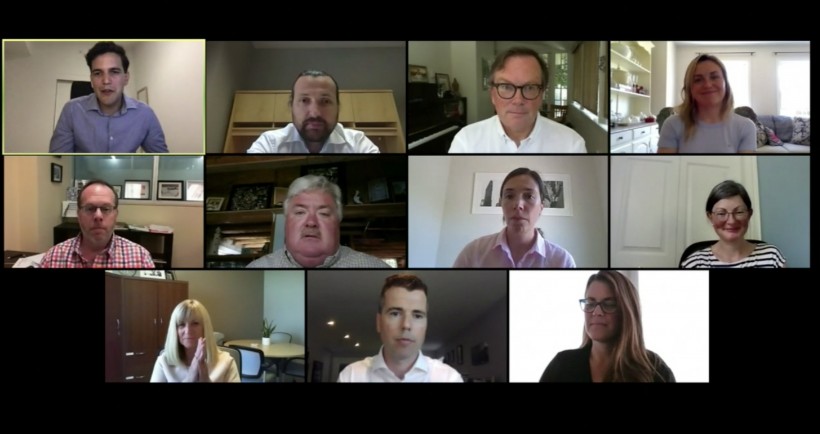 Announced in February and hosted by innovation hub Volta, the Health Challenges are a series of five events aimed at identifying technologies to help modernize Nova Scotia’s aging and understaffed healthcare system. Friday’s competition was focused exclusively on cancer-related innovations.

In addition to the cash prize, the NSHA has promised to consider adopting Adaptiiv’s technology for use in the provincial medical system.

“Through this challenge, we know that we have created this space that’s supportive or collaborative in nature,” said Dr. Gail Tomblin Murphy, who is the NSHA’s vice president of research, innovation and discovery, and chief nurse executive. She added that the display of innovation shows “that the support and strength to draw from our private partners is making a difference.”

Along with three other competitors, the company was judged by public and private-sector representatives, including Tomblin Murphy, Volta COO and interim CEO Martha Casey, and Jeff Mullen, director of enterprise development for the Atlantic Canada Opportunities Agency.

The boluses produced by Adaptiiv are much faster to manufacture than their conventional hand-made equivalents, sometimes shrinking timescales of a week or more down to mere hours. Each bolus must be sculpted specially for its wearer, so the resulting time-savings can be considerable.

Three-dimensional modelling and printing is also more precise than the industry-standard processes. The result is that air gaps between the bolus and the patient’s body, which can interfere with the treatment, are more easily avoided.

CEO Peter Hickey said in his pitch that Adaptiiv has closed sales in 14 countries and has received regulatory clearance in “all major markets.” In April, the company finished a $3.4 million funding round, more than doubling its $1.5 million target.

Hickey plans to use the $100,000 from the Health Challenge to hire a new team member with industry experience to lead the rollout of its 3D printing technology.

The other three companies that pitched were:

Densitas has developed AI software to help mammogram technicians analyze scan results in real time, preventing them from having to recall patients for additional scans if the images turn out to be unusable. The program runs on hospitals’ existing computer networks and tracks error rates, allowing managers to more easily identify quality control problems. Abdolell said his company has raised $8 million from groups including Innovacorp and Medteq, and is in the process of closing a series A funding round.

DMF’s flagship product, Memsorb, is a membrane filtration system to remove carbon dioxide from circulation between surgery patients and anesthesia machines. Conventional anesthesia equipment relies on chemical mixtures to filter carbon dioxide out of the system to avoid poisoning patients. But the compounds are themselves toxic in large quantities, and during long surgeries, patients can be exposed to substantial amounts of them. During his pitch, Wilfart said his team has been approached by prospective buyers from outside Nova Scotia. But he added that it would be easier to make his case to sales prospects if he could point to his home province’s medical system as an existing customer.

Picomole is developing a device that will be capable of diagnosing cancer via a breath test. Patients will provide a breath sample, which will then be sent to a lab for analysis by an AI system trained to identify specific “volatile organic compounds” that indicate cancer. Graham said he is planning a three-year pilot project in a community such as Truro or Amherst, where the overall populations are small enough to not overwhelm testing capacity, but still large enough to provide a pool of test patients.