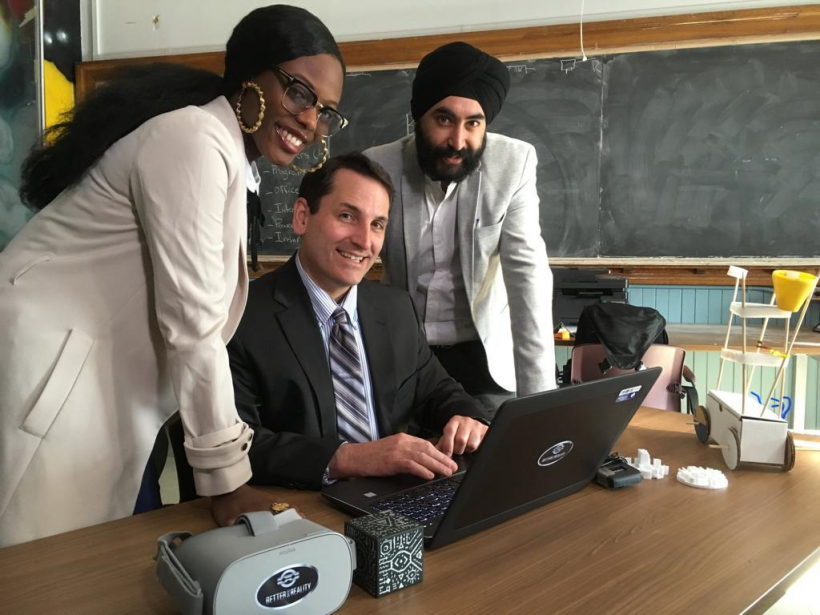 Better Than Reality asks a simple but important question: How do you train the younger generation to safely participate in high-risk industries?

Its three co-founders believe the answer is virtual reality.

The company has been co-founded by three mature students from diverse backgrounds who have come together in the past year in the Masters of Technology, Management and Entrepreneurship, or MTME, program at University of New Brunswick. Now it is a finalist in the New Brunswick Innovation Foundation's Breakthru competition, which will choose its winners Thursday night.

CEO Daniel Kane has 20 years of experience in nuclear power, and he understands the dire need to find the right method to train people in such an industry. He and classmates Esther Sangodoyin and Harpreet Kohli have devised a virtual reality solution that immerses trainees in an on-site environment and shows them how to carry out tasks, and what can happen if they slip up.

“I worked in the nuclear industry for 20 years and one of the things that I saw was that the training pass rates are falling,” said Kane in an interview. “We believe conventional training methods don’t work as well as they used to. You’ve got a generation of people raised in the digital era and they’re being given a stack of paper to memorize.”

The Better Than Reality team is offering companies a VR alternative. First off, the VR software can replicate their work areas. Kane said the team is working on a drag-and-drop function so that customers can assemble a virtual environment that recreates the actual work space. For example, a nuclear facility can start with a virtual empty office, and can drag consoles, monitors, and power outlets into place, so trainees feel like they are working in the actual facilities.

Then, Better Than Reality wants to train people on how to use the material needed to do the job. It will use haptic gloves – special gloves that give the users the impression they are feeling or holding the items they see on the VR headsets – to give trainees experience in handling equipment. And given that it is a virtual environment, it can even safely produce the consequences of making mistakes.

“We want to build a simulation in your own virtual plant,” said Kane. “You can walk up to the panel you work at in the plant and if there is an error, you own it.”

The trio has reached an agreement with NB Power to produce a digital training program for its nuclear facility at Pont Lepreau. They will demo it in July.

They also have several consulting assignments to provide customized VR training programs for specific clients. Their plan is to use these contracts to bring in some revenue while they build out a scalable product. The goal is to build “industry-specific” products that can be adapted easily by any company working in a sector, said Kane, and thereby avoid having to customize the development for each client. The nuclear industry will be their beachhead then they will move to other industries, such as oil and gas, mining, aeronautics and automotive.

One final note about Better Than Reality: the team believes one of its strengths is the diversity of its founders. Sangodoyin is a web developer from Nigeria, while Kohli is an HR executive from India.

Said Kane: “It’s been interesting because we have different points of view, different experiences and come from different industries as well.”