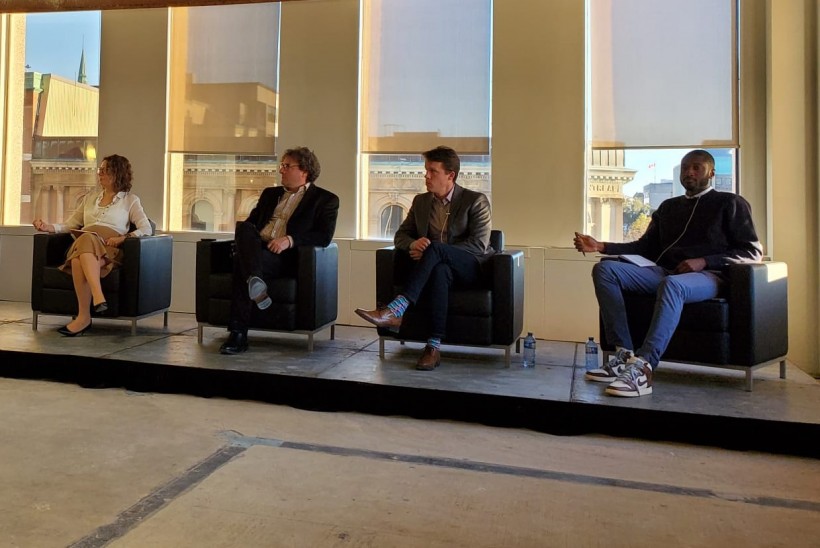 An extraordinary panel discussion took place at the InnovateNB event in Saint John on Tuesday -- extaordinary because it showed how the venture capital community in Atlantic Canada is changing.

The New Brunswick Innovation Foundation hosted a session called “Meet the Investors”, featuring a bunch of venture capital investors. What was novel about the panelists is that they were not established VC funds, but one new fund and three funds that are in the works or in the conception stage – all based in Atlantic Canada

The panel showcased Sandpiper Ventures, a $20 million fund backed by female investors and targeting female entrepreneurs. It also featured: NPC Ventures, a natural products fund that will soon announce its first close; Last40 Ventures, a carbon capture fund now raising capital; and The Tribe Network, a support organization for founders who identify as Black, Indigenous or people of colour. The Tribe is considering launching a VC fund for its community.

“There’s four new funds up here today, based in Atlantic Canada and raising money across the country,” said NBIF Chief Executive Jeff White in introducing the panel. “It’s really new in this region.”

The new part is that investment funds are forming in the region as never before. Ten years ago, the market was dominated by NBIF and Innovacorp, then new general funds like Build Ventures and Concrete Ventures got started. Now there are new funds forming. Halifax-based Tidal Venture Partners is making its first investments, and White himself announced later Tuesday that NBIF would soon get to work on a Series A fund with the goal of attracting private-sector limited partners.

“The mere fact that we’re seeing more diversification of funds shows that this ecosystem is maturing,” said Malcolm Fraser, the former Innovacorp CEO who last month was named the Managing Director of NPC Ventures. He told the audience that the fund is getting close to its first close, and he is excited about the potential and variety of markets for products made from natural substances.

Ozge Yeloglu – who formerly headed a Halifax startup and is now a Vice-President with CIBC in Toronto – represented Sandpiper, which has been an active investor in the region this year. Earlier this month, it led the seed round (expected to amount to $4.5 million) announced by Halifax-based Shoelace Learning.

The Tribe CEO Alfred Burgesson said his group is now working with BIPOC entrepreneurs who are in the very early stages of developing their businesses. The Tribe is exploring avenues that would help to diversify the venture capital industry.

“We’re starting to think about the future, and if we do our jobs well and develop more businesses founded by BIPOC founders, these entrepreneurs will need access to capital,” said Burgesson.

The panelists acknowledged that it’s a difficult time to be seeking capital for a VC fund, given the economic downturn. But Fraser said some of these funds are addressing problems, such as climate change, that will be present long after the economy recovers. And Jonathan Saari of Last40 also noted that VCs tend to log their best performance in the three years after a recession.

He added he hopes his fund and others can help founders with more than just capital.

He said: “The most powerful thing, in my experience, is being someone who can provide not only that financial capital but also the human capital that helps you grow as a person.”