Understanding the Structure and Processes of NBIF 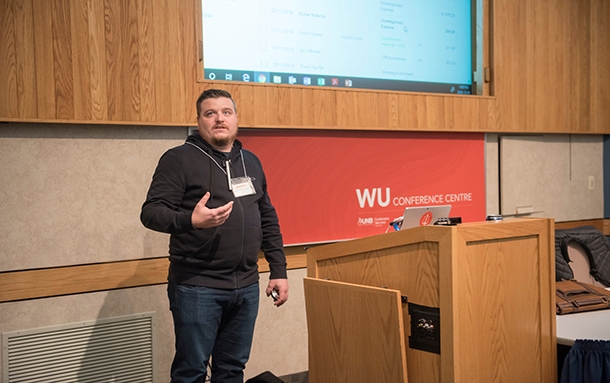 The inner workings of a venture capital fund can seem mysterious to those of us on the outside, and the New Brunswick Innovation Foundation is eager to shine a light on how these funds operate.

NBIF is not your typical VC fund and the organization is happy to explain the difference between itself and more traditional funds. As well as having a different structure, the Fredericton-based agency has a flatter investment team than a traditional VC fund, and its proceeds are ploughed back into the fund rather than given to investors.

Where NBIF does NOT differ from other VC funds is that its primary goal in any investment is to make money.

“What return we’re looking at – that’s where we’re in total alignment with the more traditional funds,” said NBIF Director of Investment Raymond Fitzpatrick in an interview. “We look for an opportunity that can return 10X [10 times the original investment], realizing the likelihood of doing so is very low. Even with high incidence of failure, we aim to double value, so we’re hoping to turn our $15 million fund into $30 million.”

Now 16 years old, the New Brunswick Innovation Foundation is a private organization that executes the innovation strategy of the provincial government. It is currently in the middle of a three-year funding cycle determined by the New Brunswick government, which provides its funding. NBIF operates an evergreen fund, meaning that it does not remit money back to the provincial government but feeds profits from successful investments back into the fund.

How is that different from a standard VC fund? VC funds generally are private partnerships whose raison d’etre is to make a profit for the partners. Each fund exists for about 10 years, drawing money from limited partners, or LPs, who are financial companies, funds of funds or wealthy individuals. The VC fund managers customarily spend about five years investing in about 10 to 12 companies, then spend the next five years in follow-on investments, nurturing the companies and helping the better ones to exit. At the end of 10 years, the fund must return money to the LPs.

According to the Canadian Venture Capital and Private Equity Association, NBIF in 2018 was the second most active “government” VC fund in Canada. (Government means the funds’ backers are largely public sector.) The CVCA said the Foundation last year was involved in 22 funding rounds worth a total of $54 million – a performance exceeded in the “government” category only by BDC Capital, the country’s largest VC agency.

Read about some of NBIF's Recent Deals

What NBIF is really known for in the Canadian VC community is making one of the best investments in the country’s history. When social media analytics company Radian6 was purchased by Salesforce.com in 2011, it produced a return for NBIF of $9.2 million or 28 times its original investment, on two rounds of investment in less than five years.

Fitzpatrick said one of the big differences between NBIF and other funds is the flat management structure in the Fredericton outfit.

NBIF has a flatter investment team.  At the top is CEO Jeff White, then Director of Investment Fitzpatrick, then Associate Thomas Bird and two analysts, Jeff Lingley and Daniel Hoyles.

The approval process depends on the size of the deal. Up to a certain dollar amount, the CEO has the authority to sign off on a deal, and above that, the full investment committee must approve a deal. The larger deals need approval of the Board of Directors.

“Our structure is flat and not a pyramid at all,” said Fitzpatrick. “All of us have deal-making authority and then we all work with the companies post-closing.”

The NBIF officers continue to work with the companies after a funding round closes, helping the companies as and when they can. This could include accounting advice (three of five investment officers are accountants), introductions, or help with a pitch for follow-on funding.

NBIF will take board seats on its portfolio companies, often appointing an outside representative rather than an NBIF employee. The Foundation aims to appoint people with expertise in the company’s field.

There’s one final difference between NBIF and a traditional VC fund – it feels no competition with other investors. In large innovation centers, the VC funds often compete with one another for deals. But NBIF prefers to look for co-investors to join it on deals.

“It’s actually easier because we’re located in New Brunswick,” said Fitzpatrick. “We’re happy to co-invest with other parties. We talk to VCs like Concrete [Halifax-based early-stage VC fund Concrete Ventures], sharing information on the companies we’re looking at. We’ve taken a cooperative model rather than competitive.”

NBIF strives to create a culture of innovation in New Brunswick by actively supporting early stage start-up entrepreneurs and applied researchers, with the vision of being among Canada’s most recognized investment partners. They help their academics grow their research and their entrepreneurs grow their business, so they can grow their province.