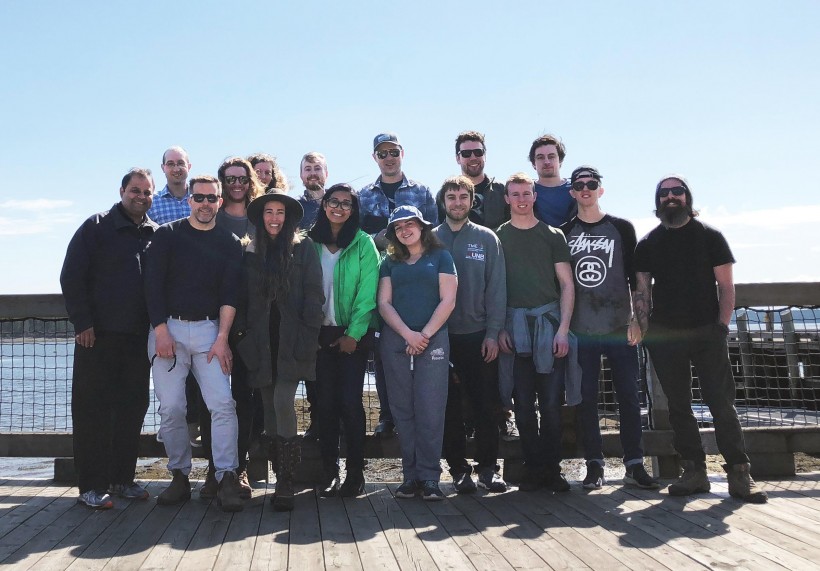 Thirteen entrepreneurs or entrepreneurial teams took to the stage in Fredericton on Thursday as UNB TME held its summer send-off for two of its programs.

The University of New Brunswick’s Technology, Management and Entrepreneurship program began by staging the final pitches by six entrepreneurs who have completed their Masters in TME. Then, in the evening, TME hosted several hundred people at the Picaroon’s brewery to witness the graduation of seven teams from the Summer Institute, the program’s 13-week summer accelerator.

The two events offered different atmospheres. The Masters event was held in a classroom and the intake for the third MTME cohort was largely international students working on IT projects. Seeming festive by comparison, the Summer Institute event celebrated more traditional enterprises that are now getting to market.

Dominic Blakely, the head of Innovation and Entrepreneurship Strategist at TME, said the Masters students have matured during their year-long program and he expects better than half of the projects presented on Thursday will blossom into bona fide companies.

“All these entrepreneurs came to us with their own definitions and their own ideas,” said Blakely. “By the time we get to this point, they are all speaking with a more global vocabulary.”

One pitch at the Masters event stood out from the others: Jordan McGrath took the course in order to conduct a business study on a new product for established company C-Therm Technologies that will measure heat conductivity on thin films. McGrath will join a C-Therm team commercializing the product, which can perform tests in a few seconds – about 50 times faster than existing products, he said.

The other graduates who are launching companies, are:

Now in its fifth year, the Summer Institute aims to teach entrepreneurs the human elements of launching a business. Like all accelerators, it teaches customer discovery and how to use a lean canvas. But whereas most accelerators focus on IT or innovation, the Summer Institute accepts a broad range of businesses – this year’s cohort included two fashion businesses, for example. Innovation is part of  the program, but it’s not the be-all and end-all.

What became apparent at the pitching session Thursday is that by de-emphasizing innovation, the accelerator is working with entrepreneurs who can get to market quickly as they’re not labouring over prototypes or waiting for regulatory approval. Most, if not all, of the companies are ready to bring their product to market in the next few months.

The Summer Institute graduates are:

The next big event for UNB TME will come in mid-October when the group celebrates its 30th anniversary.