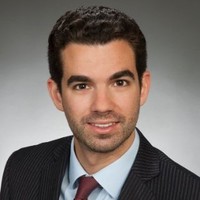 After taking his online treatment for anxiety through an initial pilot, Joel Muise is now working with those at the coalface of anxiety—entrepreneurs—before launching TranquilityOnline to the general public in the new year.

TranquilityOnline aims to make getting treatment for anxiety affordable and timely by allowing users to access online support through a coach rather than a therapist. Coaches use Cognitive Behavioural Therapy, or CBT, to show sufferers how to shift negative thought patterns to balanced ones, and how to face challenges rather than avoid them.

Muise said the new paid pilot with Halifax’s Volta Labs startup house will allow Tranquility to work with seven entrepreneurs over six months. Volta will pay Tranquility $1,400 each month -- money which will go toward covering the costs associated with launching to the general public in the new year.

Muise said the company is excited to help other entrepreneurs with their mental health, especially as entrepreneurs have a higher incidence of anxiety than the general community.

“We are helping them with their stress and anxiety,” Muise said. “It’s very validating to get paid for what we’ve built and it gives us the opportunity to prove our method works.”

Anxiety is a very common condition. A recent survey of 1,500 Canadians, conducted by Abacus Data on behalf of Yahoo Canada, found that 41 percent identified as “someone who struggles with anxiety.”

The National Post, which reported the survey, wrote that a third of respondents had been formally diagnosed with anxiety. Another third had been prescribed antidepressants.

According to a survey of entrepreneurs conducted by Halifax-based The Mindset Project, entrepreneurs rate their ability to cope with stress relatively highly at 7.2 (on a scale of 1 to 10), yet report significant deterioration in physical (49 percent) and mental health (42 percent) once they start a business.

Muise Will Pitch for Volta Cohort Funding Wednesday. See Who Else Is Pitching Here.

Muise said Tranquility will cost $99 a month and participants can complete the program and see results within 12 weeks.  In comparison, psychologists cost around $190 an hour in Nova Scotia.

Muise said Tranquility’s initial pilot demonstrated that coaching increased the likelihood that a participant would complete the program, and also showed that the further a participant made it through the course, the better their outcomes.  Those who completed the program went from moderate levels of anxiety to normal levels.

The first pilot divided 27 participants (who tended to be young professionals aged between 25 and 40) into groups of three.  Nine had no coach, the second group received one-on-one coaching via webcam, and the third group were part of a coach-facilitated group via webcam.

The placements in the pilot were random so people placed in the group sessions tended to be anxious about sharing their struggles, but Muise said those who did participate in the group received additional benefits from the extra interaction and felt less alone.

“We proved our hypothesis that including coaching in the service is very important,” he said.

Tranquility’s team has been able to use the feedback gained from the first pilot to improve their web platform as they go into the second pilot, he said.

Muise first established his online CBT business after a blog post, written in February 2015 about his own struggle with generalized anxiety disorder and depression, attracted attention. He realized there were many sufferers in need of help.

He has previously taken his venture through various programs for new ventures, including a Propel ICT program, a Startup Weekend, and LaunchDal.

So far, Muise has bootstrapped his venture using his own money and prizes won from pitching contests.  He is currently seeking more funding through pitching events—something he used to loathe and avoid but CBT has taught him to see public speaking as a challenge. He’s also in talks with an angel investor and interested in talking to other potential investors.

Anyone interested in accessing the site when it launches to the general public can sign up at www.tranquility.app