The pitch competition is run by the North American Veterinary Community. 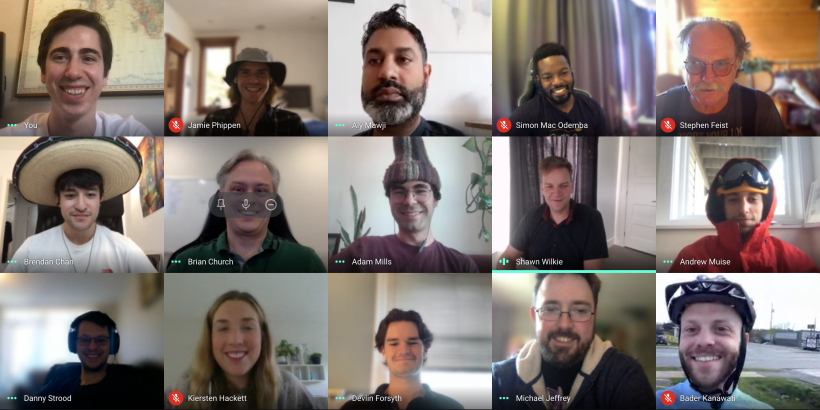 Talkatoo beat out 19 competitors at the fourth annual VMX Pet Pitch Competition to win a free exhibitor booth at the Veterinary Innovation Summit in Kansas City and an invite to Purina’s Pet Care Innovation Network’s annual summit at the pet food giant’s headquarters in Missouri. The competition was held Sunday at the NAVC’s annual Veterinary Meeting and Expo in Orlando, Florida.

The Pet Care Innovation event also allows Talkatoo to get advice from Purina’s staff about how to grow the business. Shawn Wilkie, Talkatoo CEO, said the most important benefit is the visibility the win brings the company.

“Because of the pitch event, we've already had four conversations with prospective investors... and a couple of other media interviews all within the last day,” he said. “The NAVC organization, which owns VMX... is really the largest veterinary organization in the world. It's a big deal. All of the movers and shakers are here.”

The Talkatoo software is differentiated by its ability to recognize technical and medical terminology, which is an area where generalist voice recognition software, like Google’s Speech-to-Text platform, has traditionally floundered, the company said.

Talkatoo is so-far available for macOS and Windows, with an iOS app slated for release by the end of the summer and an Android version coming later. Its transcription technology can be overlaid on a variety of applications, such as Microsoft Word, rather than requiring users to work in a single, dedicated program.

Wilkie and his business partner, Brian Church, founded Talkatoo in early 2019 and launched their software platform in December that year. The company now has 16 employees, with plans to hire another four people by the end of the year. Wilkie is based in Halifax, and Church in Toronto, and their employees are spread across the country, with some as far west as Vancouver.

“We like to give people the freedom and flexibility to work how and where they want,” said Wilkie. “We're definitely kind of a remote-first company. We don't really care where people live, we just want to work with the best and brightest people that we can work with.”

Last year, the team raised a pre-seed round of about $1.1 million from investors that included Halifax’s Concrete Ventures. The company has also received funding from the Atlantic Canada Opportunities Agency and is working on an NRC-IRAP project related to machine learning and artificial intelligence, bringing Talktatoo’s total capital raised to around $2 million.

In February, Talkatoo was one of four Canadian companies accepted into the Google for Startups accelerator, which Wilkie said gave the staff the ability to collaborate with Google’s engineering team -- a boon, since Google is a market leader in speech recognition.

The sales team has likewise been on a tear. Since December, 2020, Talkatoo has roughly doubled its revenue, and sales continue to increase at a rate of about 20 percent each month.

Those sales have come from across the world. Canada is not a major market for the software, but the United States, Australia, New Zealand, the United Kingdom and Hong Kong have all played a role in bolstering revenue growth

“For the last four months in a row, we've had the best sales months ever in the company,” said Wilkie. “And I think that we'll have that again this month.”