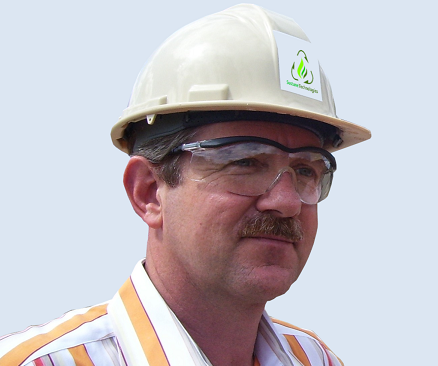 Peter Vinall: 'This has got to work and work really well.'

Peter Vinall emphasized that the announcement in Chester was a key step in a long and complicated process.

“It’s a big milestone for us,” said the CEO and Co-Founder of Sustane Technologies Inc. over his cell phone as he drove away from the event announcing his company’s partnership with the Municipality of Chester.

Chester on Friday said that it has formed a multi-year partnership with Sustane, which is dedicated to diverting garbage away from landfills and turning it into marketable products.

The company now has a lease for a site in Chester, on which it intends to build a $15 million facility to sort and transform the trash.

Sustane, which won $225,000 in Innovacorp’s I-3 Startup Competition earlier this year, grew out of technology pioneered in Spain by co-founder and chief technology officer Javier De La Fuente. It has little bearing on standard recycling programs — homeowners still have to sort paper, bottles, organics and the like.

What Sustane does is to take 90 per cent of the stuff that goes into the landfill and cooks it with steam.

Through this process there are a few marketable byproducts produced, most notably a biomass that can be burned to produce energy.

Vinall said the landfill will still have to take special items like old mattresses, but the system should reduce the volume of refuse going into the landfill by nine-tenths.

Obviously, Friday’s announcement was important because Sustane now has a site for its plant and a timeline for development: Vinall hopes it will be out of the ground later this year and that the plant will be in operation in late 2017.

But the agreement is also fundamental to the financing of the product. Like other industrial companies, Sustane has to come up with a lot of capital — $15 million for the plant and about $1 million for what Vinall calls startup costs.

But the company is different from other industrial enterprises in that others have to pay for their feedstock (the raw material that the company manufactures). Through its agreement with Chester, Sustane will actually get paid to take the feedstock, then get paid again when it sells the recycled products.

“We get paid to take the feedstock,” said Vinall. “For investors and especially banks, that’s a really nice feature. Most of my costs are covered by the municipality.”

Now that Sustane has a long-term income stream in place, Vinall believes the pieces will fall into place for financing, and he expects to unveil a debt and equity funding package in about four to six weeks.

Though he is focusing on the task at hand in Chester, Vinall said the company is already considering other sites in Nova Scotia, such as Guysborough County and Halifax. And he has had discussions with municipalities in New Brunswick, that might be interested in a plant.

But first, it has to get the operations off the ground in Chester, where he expects to have 25 employees by late 2017.

“We’re putting all our attention in Chester and making sure this plant is our showcase,” he said. “This has got to work and work really well.”