Demand for nutritious, plant-based Sperri has soared since the CHFA award. 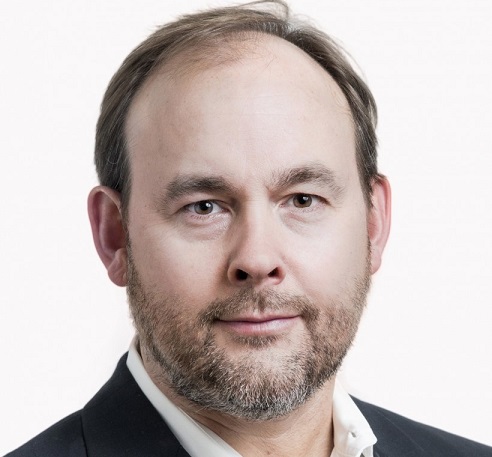 Halifax-based Novagevity is celebrating a surge in demand for Sperri its organic, plant-based meal replacement drink, and is raising funds to finance staffing, R&D and distribution.
The company is about half-way through a Series A round in which it hopes to raise $5 million, after closing an over-subscribed angel funding round last year.
Novagevity was co-founded in 2019 by serial entrepreneurs Gregg Curwin and Dr. Mary Lynch. Demand for Sperri recently soared when it won the LaunchPad award from the Canadian Health Food Association.

“We won this big award we didn’t think we had a chance in…Since then we’ve been swamped,” said Curwin, Novagevity CEO and better known as the founder of TruLeaf Sustainable Agriculture (now Goodleaf) which combines hydroponics, LED lighting and machine learning to produce vegetables indoors.

Sperri was created with the intention of boosting nutrition among sick people in hospitals and care settings. It’s now being consumed in hospitals across the country, but the award from CHFA has also brought Sperri to the attention of healthy people, including sports teams and the weight-conscious.

“Feedback from patients has been astonishing and quite emotional actually,” said Curwin, who signed up to the project after Lynch, a pain management physician, told him how poor nutrition hinders patient health and recovery. “It’s been off the chart since the award,” he said. “We need to hire more people.”

Novagevity currently has 12 staff as well as consultants and contractors, and will have at least 20 by Christmas, including sales and marketing staff and food science and finance specialists.

Most of the new staff will be based in the region, while a few will be in Toronto. Sperri is made in Ontario, at YaYA Foods.

Curwin said Novagevity is working with every major health authority in Canada, and that web sales are strong, while retail sales will be announced soon. The company is also developing new products.

Sperri costs about $5 a bottle, about twice the cost of competing meal replacement drinks, but Curwin said the products do not compare in terms of nutritional impact. He said consumers seem to accept that plant-based nutrition costs more.

To an outsider, the new startup seems a logical progression for the founder of Truleaf. Curwin said his mother was a foodie who always served healthy meals on her Winnipeg farm. Her son said that when he retired from Truleaf, he wasn’t looking for another startup but he caught Lynch’s sense of urgency about the issue of malnourishment among sick people.

Lynch, a Dalhousie professor, is Curwin said, “a fine physician”. She was a Co-Founder and President of Panag Pharma, which is developing cannabis-based pain treatments. In 2018, the company was acquired for as much as $27 million by Ontario’s Tetra Bio-Pharma.

Curwin found Lynch’s concern about her patients irresistible. He’d stepped down as CEO of Truleaf in December 2018 and McCain Foods, an investor, assumed management control. (He remains a minority shareholder.)

“I just wanted a break,” he said. “McCain Foods was in the driving seat and I envisioned travelling and chilling out. Mary called about two months into my retirement, when I was already getting bored out of skull, to be honest.

“She’d been thinking about this…I don’t really do partnerships, I like to do my own thing. This is my seventh startup and I’ve never done partnerships, but Mary made this compelling…”

He said he and Lynch have a shared vision of the importance of nutrition in disease reversal and avoidance. “Our goal is to make nutrition as much part of the discussion as pills and scalpels,” he said.

Sperri is an unusual name but it means a lot to Curwin. He spends a great deal of time in Petite Riviere and he was there when the Novagevity team were considering names for the new drink. None of the names stuck and some were copyrighted.

*I was sitting on the beach drinking a cold beer,” he said. “The name of the beach is Sperry. The team called me…They said, ‘We need a name, time is running out,’ and I said ‘Call it Sperri.’ It’s a place that makes me happy and makes me feel good.”