Side Door Partners with SXSW 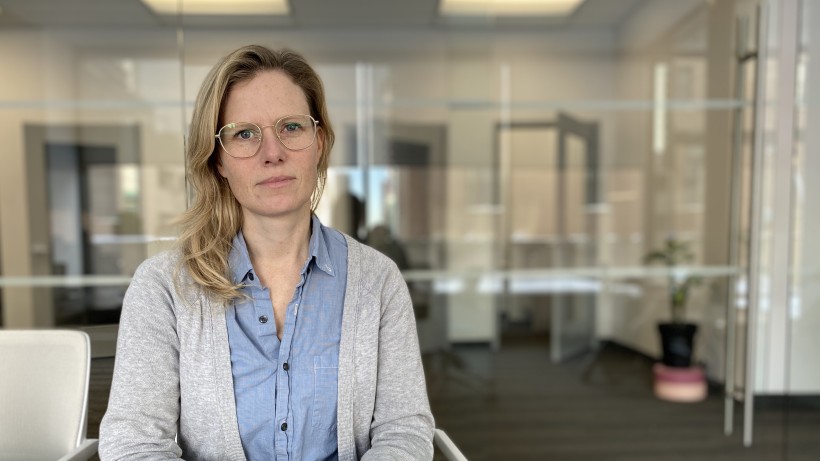 Laura Simpson: 'This is our coming out party.'

Concert venue marketplace Side Door has inked a deal with South by Southwest under which the Halifax company will organize short concert tours for bands participating in the Texas-based music festival.

Side Door matches musical artists with hosts who have space for them to perform and takes 10 percent of the venues’ gross profits as payment. The venues can be peoples’ homes or other intimate spaces.

South by Southwest, or SXSW, is an annual event that features about 2,000 folksy, up-and-coming bands, all of which vie for audience share in a highly competitive environment.

“This is our coming-out party,” said Side Door co-founder Laura Simpson In an interview. “For us, it’s a bit of an education piece to be able to explain to new markets, ‘You can take part in creating your own shows.’”

Bands and venue-owners on Side Door post the types of concert facilities that they either need or are offering. The online platform helps them negotiate and sign a contract, and provides access to the integrated Stripe payment service.

The SXSW deal represents the beginning of Side Door’s push into the United States market, which is currently home to only about 15 percent of the platform’s approximately 750 registered hosts.

SXSW will choose eight to 10 participating bands from a shortlist. Side Door will then arrange tour venues for the bands as they travel to Austin, where the festival is held.

Simpson said that, even after being accepted into SXSW, many bands struggle to carve out an audience in the midst of their numerous peers—a process that her co-founder, musician Dan Mangan, has experienced firsthand during his five stints at the festival.

She added that the mini-tours will take between a week and a week-and-a-half each, and will offer bands the opportunity to build hype before the main festivities: “It’s a bit of a throwback to [SXSW’s] grass-roots reason for being—highlighting new artists.”

The relatively unknown acts that usually perform at SXSW are a close fit with Side Door’s biggest market. Of the just over 2,000 bands currently registered on the platform, most do not have agents. The average capacity of a venue booked on Side Door is just 40 people, and many of the concerts are held in private residences.

Side Door will pay a licensing fee for the use of the festival’s name, which Simpson described as a standard industry practice. In return, she said, Side Door will gain exposure by association, as well as access to the types of bands and venues that represent its core customer base.

The company has six full-time employees, counting Simpson, and is in the process of raising a round of seed investment. With the money, she and Mangan plan to hire four full-time staff, and between three and five part-time workers.

Version 2.0 of the platform is slated for release before SXSW, with planned features that include a smoother communication system and a user experience more tailored to individual bands and venues.

“We’ve proved our concept, for sure, and we have a lot of active early adopters,” said Simpson. “Our task is to demonstrate that we know which levers to push in order to scale.”