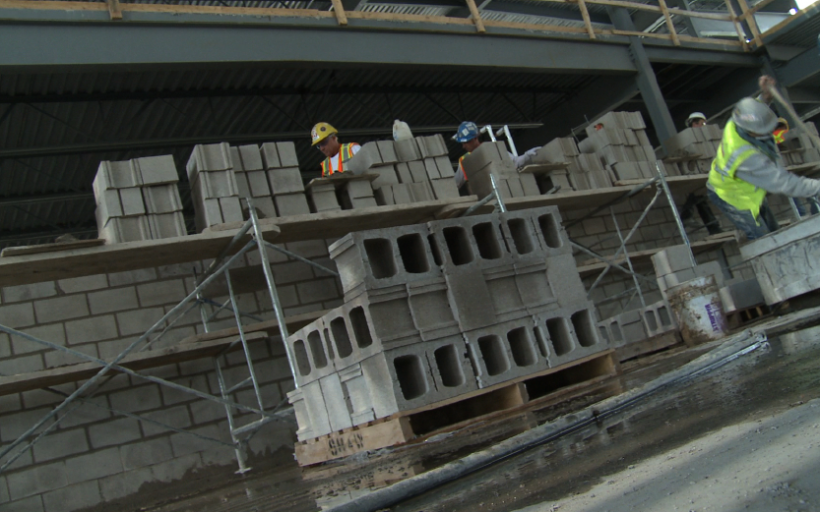 CarbonCure, a Halifax green building materials company, has been working with Shaw Brick for nine years as it was an early adopter of one of the startup’s early prototypes. This week, CarbonCure announced the brickmaker is extending the latest generation of its technology throughout its product line.

“Shaw Brick understands that its customers are demanding more sustainable products, and we are pleased to announce that as of July 15, 2016, all of our standard concrete masonry units and architectural blocks produced in Lantz will automatically capture recycled CO2," said Shaw Brick General Manager James Bond in the statement.

CarbonCure, which received $1.75 million investment from Vancouver-based Pangaea Ventures in May, has developed a process that injects waste carbon into the concrete mix to eliminate CO2 emissions created in the manufacture of concrete products. Concrete, the world’s most common construction material, is responsible for more than 5 percent of total greenhouse gas emissions because traditional processes cure concrete blocks by heating them.

In addition to the deeper penetration at Shaw Brick, the company has been gaining clients across Canada and the U.S. lately.

Since 2007, Shaw has been manufacturing products with CarbonCure’s technology when specified by architects, engineers or builders. The products have been used in such buildings as Bedford High School, Dalhousie University’s Collaborative Health Education Building, and UPEI’s School of Sustainable Design Engineering.

In the state of Georgia, Thomas Concrete of Atlanta announced in February that it would use CarbonCure’s CO2-recycling technology in its Doraville, Georgia, plant. Then last month, Thomas announced the expansion of the CarbonCure technology across four additional concrete plants surrounding the Atlanta metropolitan region.

"The decision to expand the CarbonCure technology across further plants was a no-brainer,” said Technical Services Director John Cook in a statement. “We verified at our Doraville plant that the technology allows us to optimize our cement content, which significantly reduces our carbon footprint. Thomas Concrete is committed to doing what’s best for our employees, our customers, our community and our environment.”

In May, CarbonCure announced it had hired William Holden, who has more than 30 years of experience in the concrete and cement industry, as Vice President of Sales. Holden will lead CarbonCure’s sales activities across Canada and the US.