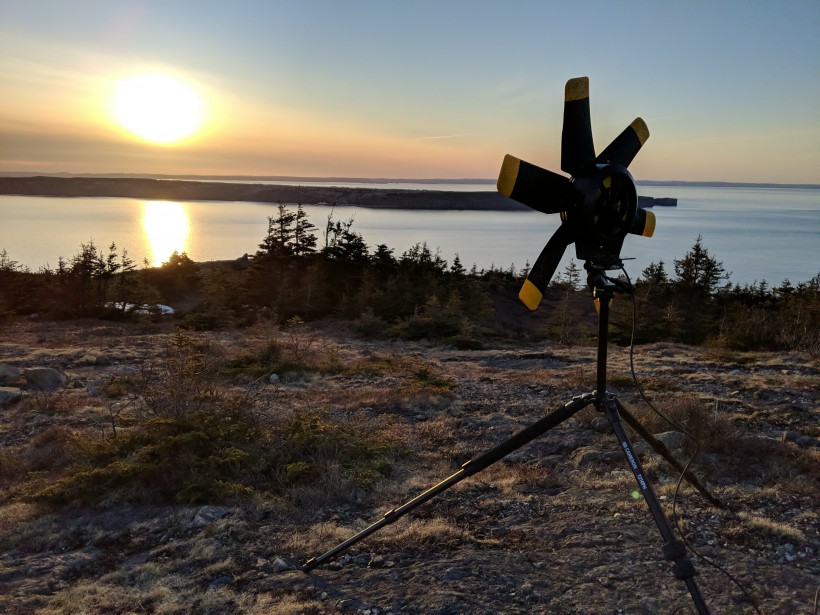 The company manufactures generators small enough to be carried in backpacks for use during hiking, camping and other outdoor activities

CEO Andrew Cook said in an interview that sales growth over the past year has exceeded 100 percent. With pre-orders open for the new product, that number looks set to keep growing.

“The thing about WindLily is that we’re not trying to sell people just a wind turbine,” he said. “It’s about selling people a way to generate power almost anywhere.”

Seaformatics spun off from a Memorial University research project in 2016. Its mission was to develop a power source for subsea equipment, such as marine research sensors.

But Seaformatics struggled to find traction in the competitive industrial market. With access to valuable technology developed during the Memorial research program but few customers, Cook and his team began searching for a new commercialization strategy.

By 2017, they had found their solution: a miniature hydroelectric generator that could be run off the movement of water in streams. They called it the WaterLily.

The device struck a chord with consumers. Seaformatics’ social media traffic spiked, as their posts reached close to 200 million views across major platforms, with the WaterLily being bought by customers in over 60 countries.

Meanwhile, military buyers have also taken note of the product, opening up an additional sales avenue to supplement civilian consumers.

About a year ago, Cook said his team started receiving feedback from customers asking for a device that could be powered by wind, rather than water.

The result was the WindLily: a windmill attachment that can be mounted on the WaterLily, developed with the help of a $500,000 funding round led by Killick Capital and the VentureNL fund, managed by Pelorus Venture Capital.

Pre-orders opened last week, with the WindLily and the WaterLily being sold as a bundle for $269.99. According to Seaformatics’ online store, units will ship at the beginning of July. Later, the two products will be available individually.

The WaterLily has also been revised to be compatible with its twin. The WindLily is not compatible with the old version, but Cook said several existing customers have re-ordered.

Both products are manufactured in Toronto, with some parts coming from China. In the wake of COVID-19, Cook said the company has faced inventory and shipping issues.

“It certainly has had an impact,” he said. “We’re growing and doing better every month. However, if COVID wasn’t a factor, how much more would we have grown?”

Certain types of shipping continue to be a problem for Cook, and he doesn’t plan to expand his four-person team in the immediate future. But he sees the WindLily potentially tripling or quadrupling the company’s market, which could eventually necessitate new hires. The same is true of a funding round.

“The WindLily launch has changed the game,” he said. “So I’m not sure. We really want to see where this is going to take us before we decide on capital raises and things like that.”