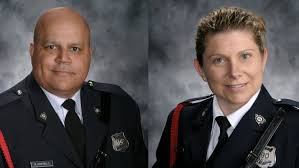 The Sara Burns Police Memorial Fund has raised $136,000 during a one-month donation-matching campaign supported by Fredericton IT and cybersecurity company, Bulletproof.

All of the funds raised by the campaign will go to helping people in need in New Brunswick.

“We were really inspired to be a part of this effort to make a lasting impact on the community with a fund like this,” said Bulletproof COO Jeff Shaw in a statement Thursday.  “Sara Burns was the wife of our co-founder and CEO Steve Burns, and her influence on our company and culture of community support throughout the years was always there.”

Global news said Thursday that with the latest donation, the total fund has grown to $211,000.

Fredericton Police Force officer Sara Burns was one of the four people killed in a shooting Aug. 10, allegedly carried out by Matthew Vincent Raymond in South Fredericton. The other victims were police officer Robb Costello and citizens Bobbie Lee Wright and Donnie Robichaud.

On Sept. 15, Bulletproof announced it would match up to $50,000 in funds raised up until October 15. The forms of donation ranged from making a donation to the Fredericton Community Foundation to purchasing Sara Burns tribute song “We’d Rather Have You” on iTunes and Spotify.

“The community support and campaign success truly bring happy tears to my eyes,” said Steve Burns, husband of Sara and founder of the Sara Burns Police Memorial Fund.  “This has been the silver-lining to this tragedy; that our community and everyone grieving could come together and make their community a little bit better, a little bit brighter, especially when faced with hard times.”