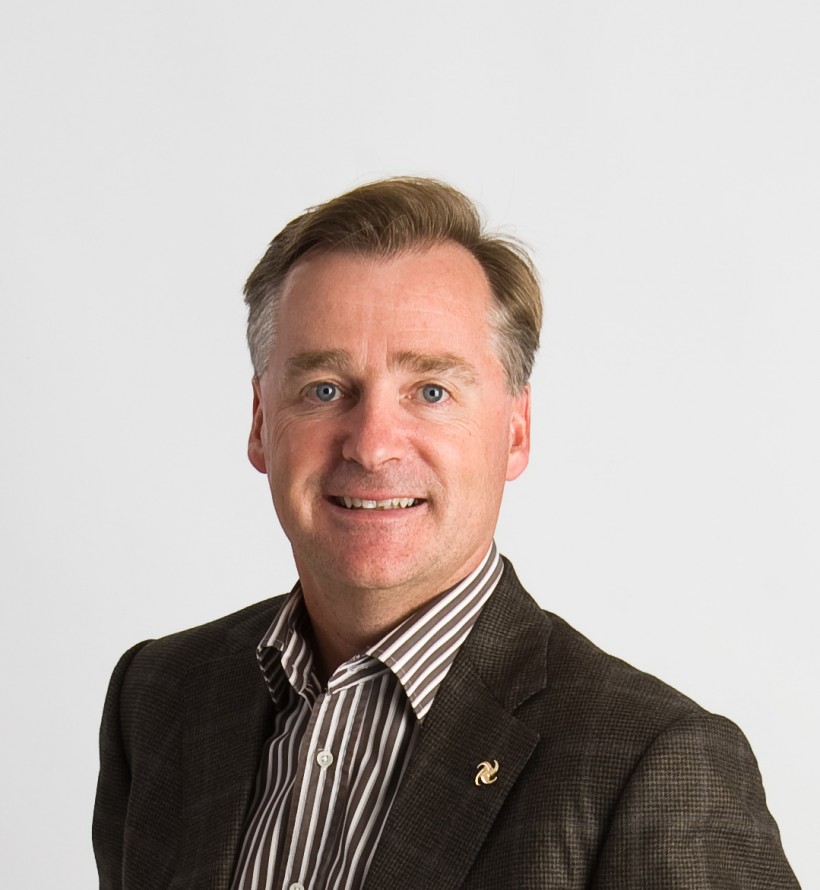 Ron Keefe is proud that the sale of BioVectra, the Charlottetown drug manufacturer he has led for 11 years, is generating two waves of investment into Atlantic Canada.

Tens of millions of dollars will be invested in capital improvements at BioVectra over the next few years. Plus, the company’s original owners are putting together a fund to invest in Atlantic Canadian businesses.

Keefe and his Charlottetown-based team sold BioVectra in 2014 to Questcor Pharmaceuticals of Anaheim, Calif., for $100 million.

Entrepreneurs everywhere struggle to raise investment funding, and raising funds is especially difficult in Atlantic Canada. That’s why Keefe and his colleagues will soon launch a new fund that will invest in promising regional companies.

Keefe said that BioVectra’s original owners are all P.E.I. people who are very excited about having the chance to help fellow entrepreneurs.

“The owners have already been able to use the proceeds we’ve received to reinvest in other businesses,” said Keefe, who remains BioVectra’s CEO.

“The sale has also brought BioVectra positive things, including access to capital,” he said. “We are in a capital expenditure program right now. We’ll spend $30 million this year and $15 million each year for the next few years.

“We are hiring staff, acquiring and retrofitting plants We have four plants and each one is getting an upgrade.”

Already, BioVectra’s original owners have invested in various science-based businesses through the Regis Duffy Bioscience Fund, of which Keefe is president.

“We’ve recently made a $1-million investment in Vitrak Systems,” Keefe said. “And in 2016 we intend to create a new $5-million fund to invest in Atlantic Canadian businesses.

Despite being a passionate entrepreneur, Keefe didn’t start his career in the business world.

The P.E.I.-born father of three first worked in accounting and law. He became an entrepreneur 11 years ago after he was poached from law firm Stewart McKelvey by entrepreneur Regis Duffy, who was at the time a client of Keefe’s.

“You take a leap of faith when leaving a profession you’re established in,” Keefe said. “There’s trepidation.

“As a lawyer, I’d been exposed to a number of excellent entrepreneurs. People like Mike Arnold, who worked on the revitalization of downtown Charlottetown, and Mike Schurman of Schurman Construction and building supplies. I felt inspired and hoped to be like them.”

Keefe’s transition to entrepreneurship was relatively smooth, although at the time the company faced financial challenges in growing the business.

Those challenges were overcome and BioVectra achieved revenue of $14 million in 2008 and will achieve nearly $100 million this year.

He feels that, with more collaboration among the Atlantic provinces, this region’s businesses can benefit from many local benefits. These include good universities, easy access to U.S. and European markets and talented staff.

“Business comes down to people,” he said. “At BioVectra, we’ve had excellent scientists, business managers and engineers. You need a great mix of people who can make ideas work.

“I agree with the recommendations of the Ivany report, but I don’t think we need any more studies now. We need more action from people who can make things work. We need government policies that will foster businesses.”

Community service is important to Keefe, who has been named a Top 50 CEO of Atlantic Canada. He’s also a past president of the United Way of Prince Edward Island and a former director of the Bank of Canada.

He is now chairman of a task force for the P.E.I. Chamber of Commerce called Island Advance.

“We are trying to foster an entrepreneurial culture,” he said. “A lot has already been done with this. A lot of good stuff is already happening.

“I feel there’s no reason why other Atlantic Canadian companies can’t achieve the same kind of success we’ve achieved at BioVectra.”