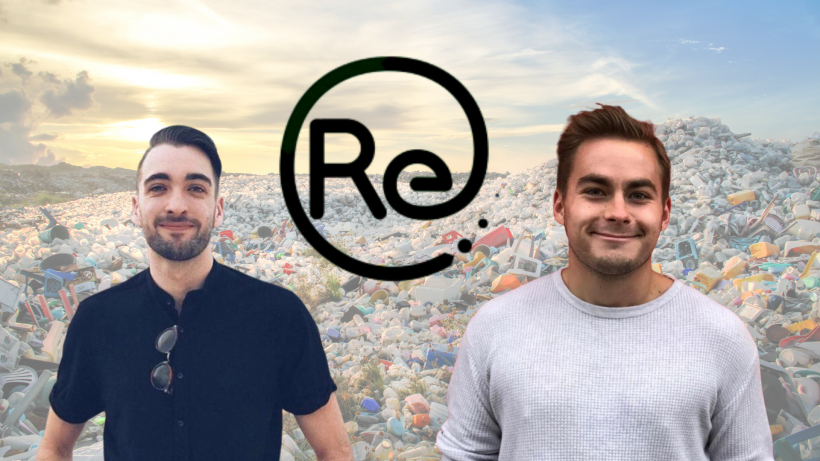 Spencer Pieczonka, who was Reused Plastic’s founder and will become Recircle’s new Chief Sustainability Officer and Head of Growth, told Entrevestor in an interview that the main synergy created by the merger will be a vertically integrated supply chain.

Reused Plastic was developing household items like furniture made from recycled plastic pellets, which it sourced from Ontario. And Recircle owns machinery that converts recyclable plastic into the same type of pellet on-site, as well as plastic bricks, beams and 3D printer filaments, eliminating the cost and environmental impact of transporting the plastic to a recycling facility. The merger will give Reused Plastic a local source for its raw materials and offer Recircle an in-house application for its pellets.

“The reason we started our companies was to tackle one holistic mission,” said Pieczonka. “With (the merger), we're able to not only save a bunch of money... we're also able to expedite regulatory approval of our machines, which was one thing we needed to do and our next step of R&D and the commercialization of our technology at Reused Plastic. Adam (Starr, Recircle CEO) has done that now with his machines.”

In September, Pieczonka's company was announced as part of Design2Build’s fall cohort -- an eight-month accelerator offered by Dalhousie University as part of its Dal Innovates suite of entrepreneurship programs. Pieczonka said his technology is not yet fully commercialized, but his team has created machinery capable of forming plastic pellets into side tables, coffee tables, coasters and cutting boards.

Recircle, meanwhile, has focused its business development efforts on universities, most notably St. Francis Xavier University in the company's hometown of Antigonish, where Starr's team gathers StFX's plastic waste. The business owns several specially designed machines for the purpose: a shredder, an injection machine, an extrusion machine and a decontamination machine to clean the plastic.

“We have a very wide array of manufacturing equipment now, for ourselves, which definitely makes us very unique in making a ton of different products that a lot of people don’t offer,” said Pieczonka. “Everything is proprietary and a trade secret.”

Before the merger, Reused Plastic’s team consisted of Pieczonka and one other person, and the previous incarnation of Recircle had about five staff. The newly amalgamated company has already hired two more employees: a machine operator and a chief marketing officer, William Warrern.

So far, neither Reused Plastic nor the original Recircle have raised equity funding, instead relying on non-dilutive money. That will continue to be the case for 2022, Pieczonka said, but could change in 2023.

“We're not looking to do a Series A or anything of sorts yet,” he said. “That being said, we want to prove our business model first with StFX. And then in 2023 we'll be looking at different alternative ways of funding and expanding our business.