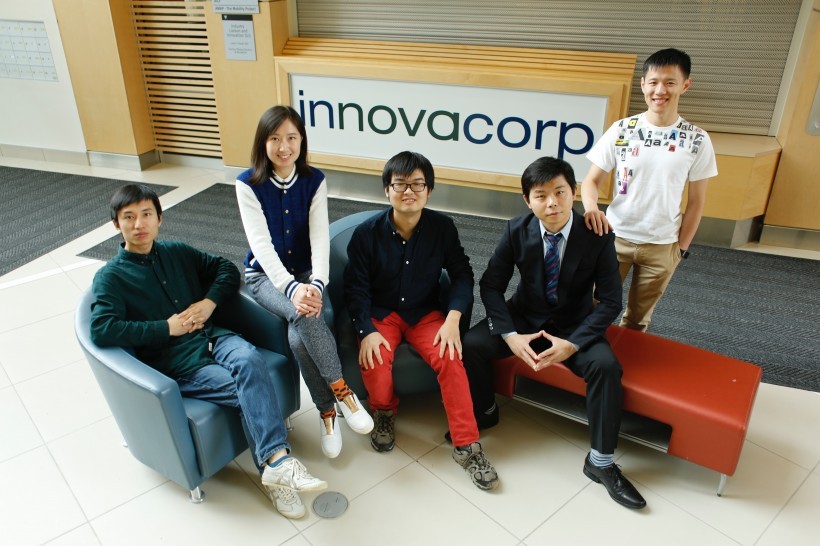 RetailDeep, the Halifax company that is revolutionizing checkouts at brick-and-mortar retail stores, has been accepted into the XRC Labs accelerator in New York.

The application process was long and competitive with more than 500 applications, which were narrowed down to five participants.

“We are really lucky to get into this,” said RetailDeep CEO and Co-Founder Hai Hu in an interview. “When we got called back in, they said it was still 50/50. They said the idea was great but the pitch sucked and they were there to help.”

Hu shared this news at the 2018 Atlantic Venture Forum last week. He pitched the company as part of the forum’s Early-Stage Company presentations.

During his pitch, he discussed how the company pivoted over the last couple of months.

Until recently, the company had been planning to use facial recognition software to identify customers as they walk into a store, then automatically add costs to their accounts as they placed items into  shopping baskets.  The company now offers a service that lets customers take their photos at the register to collect membership or loyalty rewards instead of keeping a card in their wallets for every store.

This model is much more cost-effective since it only requires a $300 camera phone, as opposed to the sensor system that would have cost tens of thousands of dollars.

Hu said the XRC judges led RetailDeep to this pivot.

Said Hu: “They said: 'You’re not an AI company, you’re a sensor company. You don’t do facial recognition but you are an integration of all this technology into a unified centre.' They really helped us identify where we are now.”

On top of being selected into XRC, the company also won third place and $2,000 at a retail hackathon in Toronto about two weeks ago. Hu said they entered the hackathon on a whim. After learning about the competition, he secured the last available spot, rented a minivan and rushed to Toronto.

“Everybody got a sleeping bag and we started driving from Halifax to Toronto,” said Hu. “We got there at 3 p.m. and the Hackathon started at 4 p.m. We had to shower in a Goodlife.”

While in Toronto, Hu said they met a couple of guys from a company called Google. The reps of the SIlicon Valley giant expressed a lot of interest in RetailDeep’s software and are now working with them to integrate their services into the Google Cloud.

RetailDeep got its start in Shanghai, China, with a fully automated store similar to Amazon’s. In 2015, the company moved to Halifax through the federal government's Start-Up Visa program, with Innovacorp as the sponsor.

The company has been piloting its tech with Chinese retailer Pocket Noir in 100 locations across China and is also piloting locally at the Halifax Seaport Farmers' Market and other businesses in the city.