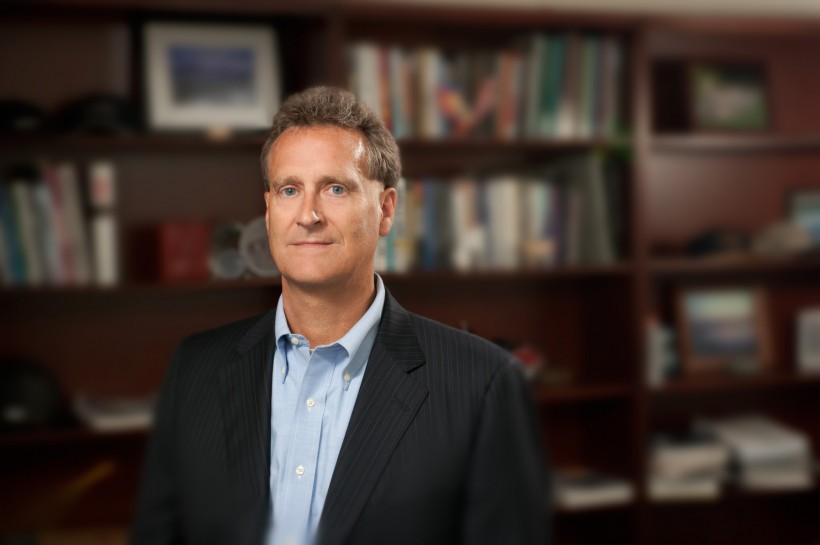 Jeff Grammer: ' For us, it's an opportunity to get closer to some of the hardware vendors.'

Resson has raised a $14 million round of funding led by Indian conglomerate Mahindra & Mahindra. This is the Fredericton AgTech company’s second eight-figure funding round in two years.

Resson issued a statement today saying Mumbai-based Mahindra & Mahindra, which employs more than 200,000 people in over 100 countries, will invest in the company for the first time.

The other investors in the current round are return investors, who previously contributed in the company's last round, a US$11 million (C$14 million) fundraising in June 2016. They are: Monsanto Growth Ventures; McCain Foods Ltd.; Build Ventures; Rho Canada Ventures; New Brunswick Innovation Foundation; BDC Capital; and East Valley Ventures. (Though the last round was raised in US dollars, the current round is priced in Canadian dollars.)

“Each of our strategic partners has offered us something different,” said Executive Chairman Jeff Grammer in an interview. “In the case of McCains and Monsanto, it was a strong agricultural background. In the case of Mahindra & Mahindra, they are the world’s No. 1 supplier of tractors. For us, it’s an opportunity to get closer to some of the hardware vendors and see new developments in technology.”

Said Rajesh Jejurikar, President of Mahindra's Farm Equipment division, in a statement: “Agriculture is an increasingly technology-intensive business, and Resson’s precision farming solutions will help growers get more yield from every acre. We are delighted to join McCain Foods Limited and Monsanto Growth Ventures as a strategic partner of Resson.”

With this funding, Entrevestor estimates Atlantic Canadian startups have raised close to $50 million already in 2018. The major fundings this year include McCain Foods (a member of the Resson investment group) putting money into TruLeaf Sustainable Agriculture of Halifax, as well as substantial rounds by Proposify, Appili Therapeutics and others. To put that in perspective, Atlantic Canadian startups raised a total of $66 million in equity funding in all of 2015, just three years ago.

Co-Founders Peter Goggin and Rishin Behl established Resson five years ago to create software that would assess data from a range of sources on a farm. They developed a system that gathers data from such sources as tractors, sensors buried in fields, and aerial drones flying over fields. It brings all the information together and presents the farmer with a report on what is happening in the field and what actions need to be taken.

Resson’s breakthrough came when they signed McCain as their first customer and were able to improve the yield of the company’s potato crop. Resson booked revenues of $1.4 million in 2017, according to a recent regulatory filing by Mahindra & Mahindra. The filing also said the company may buy as much as 10 percent of Resson for up to $6.8 million.

Grammer said the Indian company has identified “precision ag” as a key strategic market and has been developing a relationship with Resson for some time. Resson still had cash left from its last funding round but sees the current fundraising as an “opportunistic round.”

Resson still has not had a full commercial launch though it has been working on pilot projects with partners in four different countries and cultivating several different crops.

“Certainly, we’ve done a lot of work on potatoes with McCain and they’ve been a tremendous partner,” said Grammer. “We’re furthest along with potatoes, and the reason is the support we’ve received from McCains. … They’ve been the ideal early partner.”

Resson has also been working in such crops as spinach, table grapes, tomatoes, cotton and lettuce. Grammer said the company’s focus in the coming year will be on these crops, and it may add new specialty crops and new geographies.

“McCain has a proud history of advancing agricultural practices in potato growing and we remain committed to this approach," said McCain President and CEO Max Koeune in a statement. "Our desire for continual improvement fuels our ongoing drive to partner with leading-edge technology companies such as Resson, to create breakthrough innovation in agricultural technologies and set new standards for efficient crop production.”

Resson now has 50 employees, most of them in Fredericton, and the new funding will mean it will be adding staff, said Grammer.