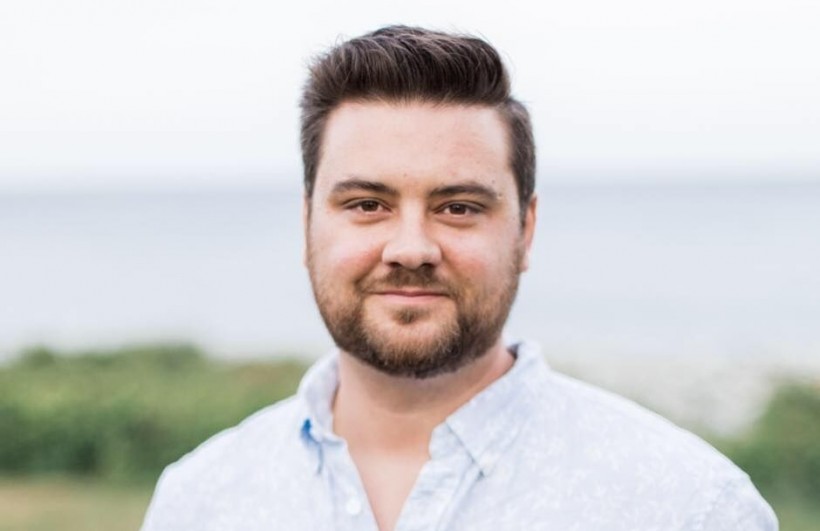 Those who know Kyle Racki as a Software-as-a-Service entrepreneur may be surprised to know about a project he did way back in grade school. The guy who would become the CEO of Halifax-based Proposify had to interview someone who held a job he’d like when he grew up.

So young Racki interviewed Nova Scotia-based author Lesley Choyce, who even then was known as a prolific writer.

Today, Kyle Racki fulfills his dream of becoming an author as he launches his first book, Free Trials (and Tribulations): How To Build a Business WHile Getting Punched in the Mouth. An entrepreneur to the core, Racki has self–published the book, and will officially launch it tonight at Volta, the Halifax startup hub that housed Proposify in its early days.

“It’s been kind of a goal of mine for a long time,” said Racki over lunch at Halifax’s Baton Rouge restaurant, which is a favourite haunt of the 65 Proposify employees as their new office sits just above it.

“Writing has always been one of my creative outlets, so as soon as I had a story to tell, I just felt I had to share it.”

Racki has quite a story to tell, one that sets him apart from the legions of successful entrepreneurs who have written books.  He grew up as a Jehovah’s Witness. After his father’s death, he split with the faith, sparking a crisis within his family. All the time he was struggling to build his business, he was also wrestling with questions of faith, seeking guidance from anti-cult advisers and coming to terms with the rupture from family and friends.

Free Trials, which is equal measures autobiography and instruction for SaaS entrepreneurs, details the influences that made Racki an entrepreneur, including his childhood as a Jehovah’s Witness. As a boy he had to deliver 10-minute talks to the congregation at the Kingdom Hall, which honed his skills in presenting. Many entrepreneurs fear rejection when selling their products, but not the kid who grew up knocking on doors in search of converts.

The book tells how Racki and his business partner Kevin Springer learned how to run a business with their first venture, web development firm Headspace, which they sold in 2015, barely breaking even.  They wanted to focus on Proposify, which was developing a platform that helps to automate the process of developing proposals. Free Trials details their missteps and successes, and the closing of a large funding round from Atlantic Canadian businessmen John Risley and Brendan Paddick last year.

Racki’s book and his blogs often highlight a central theme in developing a SaaS company: don’t compete on price.

“Basically, something everyone does when they start a business is, they think, ‘I can do this as well as anyone and I can do it at a lower price,’” said Racki in the interview. “It’s a mistake I’ve made a few times.”

Proposify’s data analysis has shown the company makes more money and loses fewer clients with high-quality, high-margin products. The company has sold a lot of them.  Its annual recurring revenue now stands at $5.7 million, up 40 percent from a year earlier. That’s a slower growth rate from the doubling of revenue that Proposify experienced in 2017. The company introduced its enterprise product last year and adjusted to meeting the needs of large organizations. Racki noted revenue growth began to accelerate again late in 2018.

Proposify has always been a great company to report on because Racki and Springer are so transparent. Free Trials is even more revealing, sharing details of Racki’s personal life and business smarts to show the forces shaping one of the region’s best SaaS entrepreneurs.