The NL maker of medtech software has raised more than $1 million of non-dilutive funding. 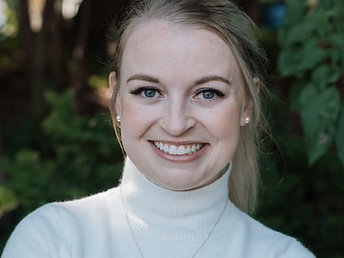 St. John’s-based PragmaClin Research is preparing to test its system for monitoring Parkinson’s Disease patients in both Newfoundland and Labrador and Britain on the back of raising more than $1 million of non-dilutive funding since its founding.

Bridges has been on a pitching spree, winning money from the Bounce Health Innovation network, Memorial’s Mel Woodward Cup, Dalhousie University’s Ready2Launch pitch day and most recently, the international University Startup World Cup — among other funding sources. Much of her winnings are going towards testing her technology.

“We’ve had a lot of traction through competitions, which has gotten us a lot of really great advisors and research partners,” she said in an interview.

PragmaClin’s flagship product is PRIMS, the Parkinson's Remote Interactive Monitoring System. It allows patients to stand in front of a camera, laptop or other device and perform a set of prescribed movements. The system records the motions and sends  the data to a medical professional for assessment.

“We’re able to do everything from sitting, to standing, walking, speech, face recognition and more,” said Bridges.

Bridges expects to have a minimum viable product ready by the end of December, with trials in Newfoundland and at King’s College in Oxford starting early next year, as well as smaller tests in Ontario and Massachusetts.

“The point of the trials will be to gain enough data points to complete our validation work, to prove system accuracy as well as begin our (United States Food and Drug Administration) approval process,” said Bridges.

In Canada, Bridges said PragmaClin will not have to navigate many of the regulatory hurdles that can consume resources for other medtech startups because PRIMS is “not a medical device that diagnoses, treats or mitigates” an infirmity.

In the United States, the landscape contains more unknowns. Bridges’s team hopes to pursue a comparatively less complex 510K certification for technology the FDA defines as “substantially equivalent” to an already-approved product. Under that licensing process, she said PragmaClin’s already-planned tests should produce enough data to satisfy regulators. If, however, the FDA deems PRIMS to be a wholly novel product, the process will be longer and more resource-intensive.

For an Atlantic Canadian startup to lean so heavily on non-dilutive funding is unusual. But Bridges said she plans to raise an investment round likely worth about another $1 million in the first quarter of 2023, using a convertible note structure — a bond that can be converted either to shares in the company or cash, straddling the line between an equity investment and a loan.

PragmaClin is in the process of seeking out a lead investor for the round, and is also enrolled in Creative Destruction Lab — an international startup accelerator the Atlantic Canadian arm of which is operated out of Dalhousie University — which Bridges said she hopes will help her find prospective backers.

So far, PragmaClin has eight employees on its payroll and an evolving roster of interns and students. Bridges hopes to receive another tranche of government funding around January, which she will use to hire more developers and data scientists.