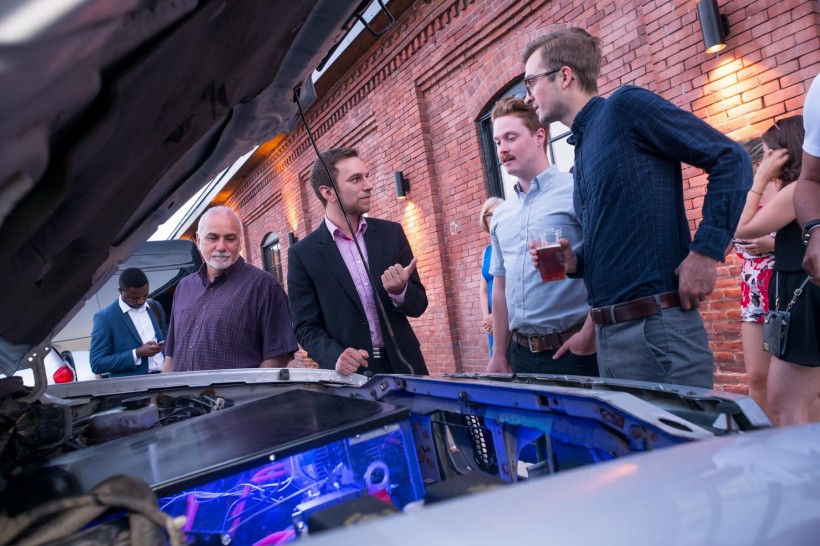 Fredericton-based Potential Motors, a software company that uses Artificial Intelligence to boost vehicle safety and performance, has closed a $2.5 million funding round, with which it plans to increase its staff.

The company issued a statement Wednesday saying that Build Ventures, the Atlantic Canadian seed-stage investor that had the initial close of its second fund last year, led the round. The other funders included Brightspark Ventures and the New Brunswick Innovation Foundation.

“Potential Motors has not only picked a space that is ripe for massive disruption but they have also assembled a team with the know-how to build a world-class software platform,” said Keefe in the statement. “We look forward to seeing them achieve their bold vision.”

CEO Sam Poirier, CTO Isaac Barkhouse and COO Nick Dowling started the company two years ago when they were going through the Technology, Management and Entrepreneurship program at the University of New Brunswick’s Faculty of Engineering.

The company gained momentum last summer when Chris Newton and Marcel LeBrun, the two co-founders of Radian6, joined the team, bringing investment with them. Their network included the principals of Build and Brightspark, and that helped bring together the funding team.

Potential Motors is working on a software product called RallyAI that it says will change the driving experience. Driving currently relies on the driver controlling how the car moves or stops through mechanical systems, but Potential is working on software that would oversee the power, steering and braking in each wheel. That means that if one wheel hits a patch of ice in the winter for example, the others will react accordingly to stabilize the vehicle.

The COVID-19 crisis has hit the auto industry hard, but this automobile-focused startup was able to raise a substantial funding round because it is working on software that could impact the industry in years to come.

According to BloombergNEF, electric vehicles will represent 57 percent of global passenger car sales by 2040 while electric buses will account for 81 percent of municipal bus sales by the same date.

“Build, Brightspark and NBIF are ready to get into a space that’s going through some of the biggest disruption ever,” Poirier said in an interview. “From internal combustion engines, the focus is shifting to electric [vehicles] so the value is moving away from the hardware where it once was and moving more and more toward software. That’s opening up an opportunity for companies like ours.”

The company currently has a staff of 12 people, and all but one are working on developing the software. Poirier, who declined to discuss when the company could have a product on the market, said it plans to hire four more people and has an immediate opening for a senior software developer.

Calling the recent wave of layoffs in the IT sector, "unfortunate”, he said there is talent available in the current market for growing companies like Potential Motors.

Said Poirier: “With the automotive industry, it requires a long period of time to bring out a product, so we’re working on developing the product and showing the value we can bring to automakers.”