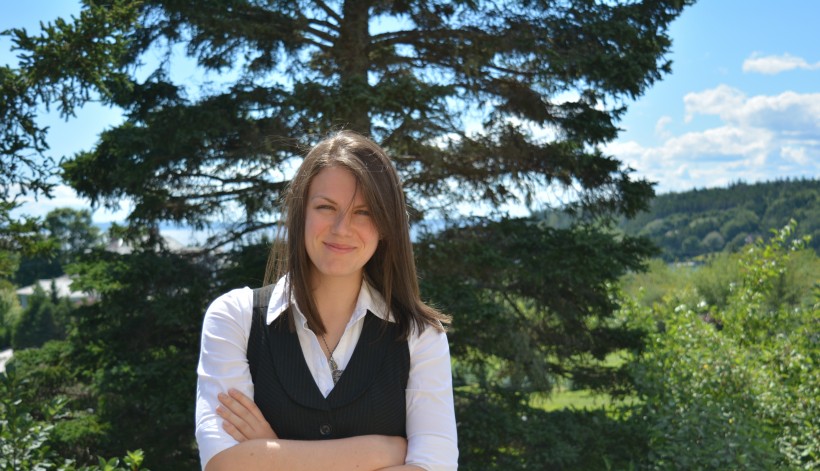 Since winning the 100 Seeds Atlantic pitching competition last year, Cat Adalay, the founder and CEO of Aurea Technologies, has taken off with her company, which aims to outfit high-rise buildings with modular wind turbines.

In an interview Adalay discussed how 100 Seeds, a pitching event in which 100 attendees donate $100 dollars to make up the $10,000 cash prize, was the first step in launching the business, which she started in December 2016.

“Before we started at 100 Seeds, this was just a concept,” said Adalay, who took home the prize money at last year’s competition. This year’s Seeds competition is happening today at the Halifax Public Library. The competition was previously called 100 Entrepreneurs: Planting Seed$.

“That really kick-started it for us. It wasn’t just the money. It validated the idea and made us realize we were on to something.”

Her company is developing small-scale wind turbines to power high-rise buildings. The turbines are positioned on to buildings so that they are directly in the path of the natural wind tunnels that form around tall buildings.

The system can be retrofitted on to existing structures or installed during construction and, when paired with an energy storage system, has the potential to run a building entirely off-grid.

In the spring, Adalay took the company to Kitchener, Waterloo, where she was accepted into Communitech’s Fierce Founders accelerator program, a six-month learn-by-doing program that helps female-led companies to scale.

The program gave Adalay more than $30,000 in funding to grow Aurea’s brand.

“It was an incredible experience and they wanted us to stay but we felt coming back to Halifax was the right choice for us,” said Adalay.

“There is a lot of talent here that tends to be more affordable than Ontario, and there is decent funding here in Atlantic Canada for the stage we’re at,” said Adalay. “In Toronto, it’s so competitive so it’s sort of hard to make yourself heard in such a big ecosystem.”

Adalay, who developed an interest in renewable energy in her teens and even built a generator at 17, has been working on completing the prototype turbine while also raising $61,000 in non-dilutive funds.

“This prototype has been the sole focus of Aurea since we started,” said Adalay, who also explained the advantages of renewable wind power.

“Solar is great for residential homes but when it comes to high-rises, wind is the answer.”

Building developers and industry professionals, who Adalay won’t name yet, have taken interest in outfitting their projects with Aurea’s turbines. Its modular system makes it easier to repair and adaptable to different building designs. Most important, it cuts down on carbon emissions, something building managers have to consider in this age of climate change.

In the next few months, Aurea plans to complete its prototype and start to raise pre-seed rounds of funding.

Disclosure: Cat Adalay is the daughter of the owners of Entrevestor.