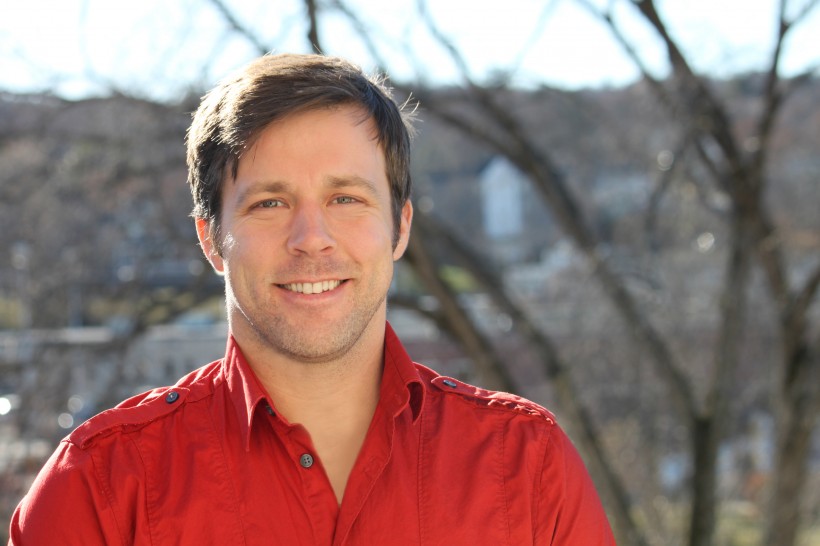 Designer Philip LeBlanc could probably make his living from his art, but the founder of the Fredericton Makerspace focuses on design because he believes improving it will transform our lives.

“Design is essentially making decisions and acting on them; I think design should play a larger role in innovation,” said LeBlanc, an interdisciplinary designer whose skills include graphic design and silkscreen printing.

“Soon, designers will play a larger role because good designers challenge people to think about how they research and approach problems.”

LeBlanc is the lead designer for Castaway Golf and SimpTek Technologies, first- and second-place winners at the recent NBIF Breakthru competition.

“It’s been amazing to see how the entrepreneurial ecosystem in Atlantic Canada supports young entrepreneurs.”

LeBlanc is also designer in residence for the technology, management and entrepreneurship program at the University of New Brunswick in Fredericton, and an instructor at the New Brunswick College of Craft and Design.

With the pace of innovation accelerating, creativity and problem solving are becoming increasingly important.

Modern tools, such as computer-assisted design, are useful, but many students develop an early reliance on them, inhibiting their own creativity.

LeBlanc said students should develop their individual creativity by first learning the principles of design on paper, something many resist.

“It can be frustrating for graphic design students who want to dive into Photoshop to have to start with pen and paper. They’ve grown up with computers, but too early reliance on computer-assisted design can make everyone’s work look the same.”

He said students need to learn to ask the right questions. For instance, he asks engineering students to consider how their designs affect users.

LeBlanc began the Makerspace in 2013 after gaining his master’s in design from Halifax’s NSCAD University.

Back in Fredericton, he found he didn’t have the equipment to develop his ideas. So, he established the Makerspace, a place where people of different skill sets share ideas and tools, from 3D printers to sewing machines.

The Makerspace movement began in Germany in the early 2000s. LeBlanc said it is democratizing innovation.

“It allows people with differing talents, expertise and equipment to meet and work collaboratively.

“It helps people realize they can transform their world. And Makerspaces provide room for play and experimentation. Self-led learning is important because it puts the person in control.”

Appropriately, LeBlanc was assisted in founding the Makerspace by his participation in the six-month Social Enterprise Accelerator held at the Pond Deshpande Centre at the University of New Brunswick.

“If not for the accelerator, the Makerspace may have fizzled out. People would still be working in their garages.

“There are a lot of home 3D printers in Fredericton, at least 35 that I know of. People work on their own projects, but they want to be part of a community.”

The Makerspace has also been supported by the community. Smart Skin Technologies donated a 3D printer that has been “running nonstop.”

It recently received provincial funding to set up a professional screen-printing facility.

Now, LeBlanc is excited to be leaving his home province to move to Toronto with his wife, Nicole. She was formerly director of finance for the New Brunswick Innovation Foundation and now works with the Business Development Bank of Canada.

“Nicole’s influenced me with her high level of professionalism and the way she’s so giving of her time.”

He said that he will continue to work with the Summer Institute program at UNB and other design workshops.

In Toronto, he hopes to teach design and drawing at the university level.

“I’ve learned most as a designer through working with others, but I don’t think students need more structured ways of learning.

“They’re graduating into a workplace that is continually evolving. I believe they can gain from adopting more methods of self-directed learning.”