The startup, which helps passive investors, has almost $2 billion under management. 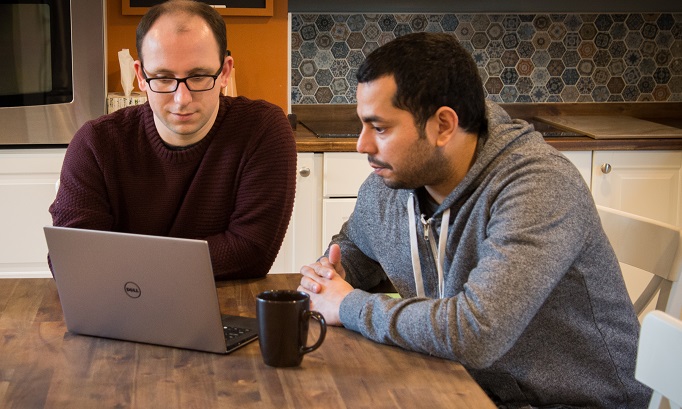 In the past year, Fredericton fintech specialist Passiv has raised an $800,000 funding round, grown its assets under management to nearly $2 billion and been accepted into the globally recognized Y Combinator startup accelerator.

Passiv has developed a web app that uses the APIs -- backend programming interfaces for connecting to software -- of securities brokerages to offer automated portfolio management services.

Users can input a set of parameters, such as what types of assets they want exposure to, and Passiv will recommend a basket of assets or financial instruments that meet those parameters. A basic account is free, but customers can also sign up for premium accounts that will make trades automatically.

“We're kind of up to our necks in (Y Combinator) now,” said Co-Founder Brendan Wood in an interview. “It's a pretty intense program, but we're finding it very motivating.”

Named for the “passive investing” philosophy popular among its users, Passiv was founded in 2017 by Wood and CEO Brendan Lee Young. They launched their software in beta the summer of that year and dedicated themselves to the company full-time beginning at the end of 2018, once they had enough traction to de-risk the move.

By early 2019, they had inked a partnership agreement with Toronto’s Questrade brokerage, which has since expanded to include Questrade buying premium Passiv accounts for all its customers.

By March 2021, Passiv had more than $1 billion of assets under management. Since then, its 10 employees have nearly doubled that figure.

Users can buy stocks, exchange traded funds and crypto-currencies, and Wood said he and Lee Young are eyeing an eventual expansion into other asset classes. Passiv also says on its website that users can build personalized index funds.

While North America is Passiv’s largest market, the company now has users in more than 40 countries. Wood said Passiv has faced fewer regulatory hurdles to international expansion than many fintech startups because it gives advice but does not actually hold investors’ assets.

“We're not actually telling people what to do with their advice,” he said. “We're not doing KYC (‘know your customer') with customers and giving them risk assessments.”

Now, in a New Brunswick first, Passiv has been accepted into the 11-week winter cohort of the American accelerator Y Combinator -- possibly the most recognized startup accelerator in the world.

Per the new normal, Passiv is attending Y Combinator remotely, which Wood said is a boon because it limits the disruption to his family life and other commitments.

And despite Passiv’s recent $800,000 funding round, which closed in November, Wood said one of the team’s next steps will be to leverage its Y Combinator connections into a possible future capital raise.

“We're going up against some fairly large incumbents in the space that are well capitalized,” he said. “So we'll need something like that in order to be able to meet our goals.”