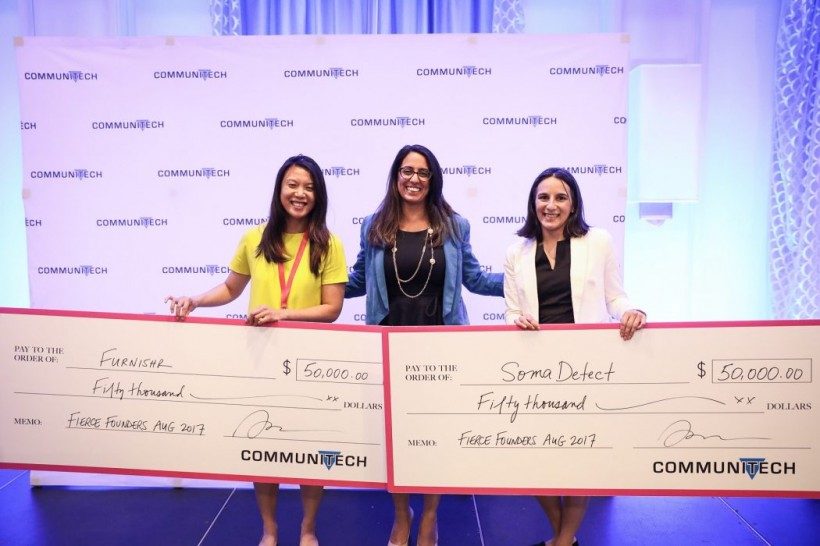 When Fierce Founders named the 25 startups entering its latest bootcamp for women entrepreneurs earlier this month, five of them were from Atlantic Canada.

Yes, one-fifth of the intake in what’s undoubtedly the country’s leading program for female founders hails from the East Coast. It is only the latest sign that there is a special rapport between Fierce Founders and the Atlantic Canadian startup community.

Staged at the Communitech technology hub in Kitchener, Ont., Fierce Founders is in fact two programs. It offers a bootcamp for 25 female-led teams, which comprises two different week-long sessions within a month. The idea is that the teams come together in Kitchener-Waterloo and are instructed for a few days, then go away and implement the things they’ve learned. Then they come back and compete for a share of a $100,000 prize package.

Fierce Founders also offers an accelerator, a program of about four or five months for a fewer number of companies.

The 25 companies in the latest bootcamp, which has already held its first session, include the following Atlantic Canadians and their companies:

-- Chrissy Rossiter, Peachy (St. John’s) – Peachy has developed a digital program that helps seniors remember when to take medications or carry out other health-related tasks.

-- Natasha Dhayagude, Chinova Bioworks (Fredericton) – Chinova is using chitosan — a substance originally derived from shellfish that has a variety of agricultural and biomedical uses – to make a natural preservative in such foods as juices. The company has already attended accelerators in Ireland and Silicon Valley.

-- Lisa Pfister, Pfera (Fredericton) – The winner of the 2017 Breakthru competition in New Brunswick, Pfera has developed a product that can tell horse breeders when a pregnant mare is going to deliver her foal.

These entrepreneurs are joining a list of Atlantic Canadian luminaries who have gone down the road, if just for a few months, and excelled in the program originally called the Women’s Entrepreneur Bootcamp. In the roughly five years since the program began, two East Coasters have captured prize money. Sarah Murphy of St. John’s won $35,000 for her company Sentinel Alert. (Sentinel Alert later closed down, and Murphy has just joined Halifax-based construction software company Harbr as head of business development.) Last year, Bethany Deshpande of Fredericton-based SomaDetect, which identified illness in cows, won $50,000.

Atlantic Canadian companies have appeared repeatedly in several national programs, such as Montreal-based FounderFuel, Toronto-based Next Canada, and Creative Destruction Lab, the national program that originated at the University of Toronto. But there’s no program outside the region that East Coast startups thrive in like Fierce Founders.

I don’t know why Atlantic Canadians have done so well in this particular program. It could be that there is a wave of female tech entrepreneurs in the region that needs greater recognition.