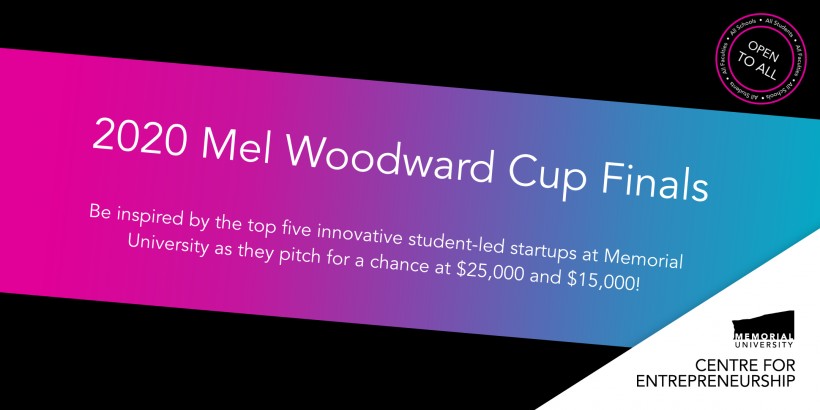 Created in 2016, the Cup is the Memorial Centre for Entrepreneurship’s flagship event – held online this year because of COVID-19. The name honours fuel delivery and logistics magnate Melvin Woodward, who died in 2015.

In addition to the cash, the winners will have access to bundles of in-kind services, including accounting services from KPMG and a free incorporation package from law firm McInnes Cooper.

“Our director, @florianvillaume, congratulates the winners @NucliqB and Prospre, and thanks the organizers for a successful #2020MWC student pitch competition,” said the centre on Twitter.

The five finalists were chosen in advance of the live event via interviews with industry judges, including MYSA Smart Thermostat CEO Joshua Green.

The presence or absence of certain species of bacteria in human digestive tracts can have significant implications for overall health, including in the treatment of diseases such as ulcerative colitis.

Customers will collect stool samples using a specialized kit purchased online and mail the samples to Nucliq, which will use gene sequencing to identify the bacterial makeup of the client’s “gut biome.” The company will then offer feedback and advice about how to improve the person’s digestive health.

Pallegar and Kendyala said in their presentation that they would use the $25,000 to fund their R&D activities, for which they plan to enlist the help of local labs.

As their business scales up, they will outsource the genetic testing, but they hope to eventually bring it in house.

Prospre, meanwhile, is building an app that will allow users to create customized meal plans, based not just on calorie-counting, but on their nutritional needs. It will also automatically adjust a user’s plan if they violate their diet.

The service is targeted at avid gymgoers and fitness enthusiasts, who need to follow regimented meal plans for their training. According to Co-Founders Jonathon Young and Colin Hunt, most diet apps focus on weight loss, but not on meeting specialized nutritional needs.

Young and Hunt recently hired a marketing co-op student. Their app is already available for download on iOS, with a 4.9 star rating and 57 reviews, but they said during their pitch that they plan to use their winnings to develop a more polished second iteration.

The other three finalists were:

Audyse is developing technology for noise-cancelling motorcycle helmets. Their design will supress loud sounds that are potentially damaging to wearers’ hearing without blocking out important sounds, such as car horns.

Kute Lab is designing a smartphone app that allows shoppers to scan the barcode on a cosmetic product and receive feedback about the ingredients. Users can personalize the app by adding information about their preferences and skin health. The company hopes to eventually sell user data to cosmetics manufacturers.

Report Mate is creating cloud-based software to organize medical case files for expert witnesses. The files will be searchable and ordered based on date, allowing users to more quickly locate key information.