Health Canada has signed off on a 25-person study. 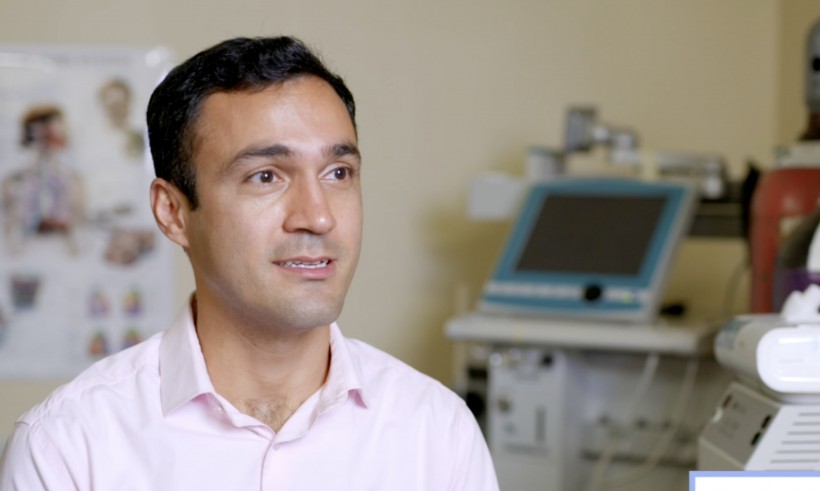 Founded by Dalhousie University PhD graduate Hamed Hanafi, NovaResp is developing software to use data from CPAP machines to predict when a sleep apnea patient will stop breathing and pre-emptively provide air to their lungs, preventing the apnea event. Conventional treatments provide air only after the patient has stopped breathing, which causes many patients to complain of discomfort.

Hanafi and his team are in the process of raising a $1.1 million seed round, which is slated to include $600,000 of equity funding and $500,000 of non-dilutive funding, with several backers already signed on. He expects to close the round sometime close to the end of October.

“It's a blinded study where the patients wouldn't know if we're providing their normal CPAP therapy or we're applying our algorithm to it,” said Hanafi in an interview. “And then we'll compare health measures, as well as satisfaction and quality of sleep measures, to prove that our algorithm is superior to what's out there. And this is particularly revolutionary because it would be the very first software out there that prevents sleep apnea from occurring.”

The CMAP -- or Continuous Management of Airway Pressure -- platform was originally conceived by Hanafi as a physical device that could be attached to CPAP machines, complete with its own sensors.

The physical product is still in the works, but a separate observational study -- a study in which observations are made, but the scientists do not attempt to alter patient outcomes -- conducted by Hanafi and company in 2019 showed that just the data already gathered by CPAP machines is enough to power a workable software solution.

“Our observational study results were dramatically excellent,” said Hanafi. “We realized, ‘Holy moley, with these 70,000 apneas that were selected, we can... predict with such high accuracy when an apnea will occur.’ And that was the ‘Aha!’ moment for us.”

Part of the value that will eventually be added by the hardware component of NovaResp’s technology will be the option for CPAP machines to force air into a sleep apnea patient’s lungs gradually and in measured amounts, allowing for a less invasive experience. Current systems typically work on an on-or-off basis, with little nuance in their operation, he said.

Later, Hanafi hopes to deploy NovaResp’s system for other applications, such as to more efficiently operate non-invasive ventilators for chronic obstructive pulmonary disorder patients and anasthesia machines. He said he expects to soon receive approval from the Nova Scotia Health Authority to conduct a study on the efficacy of NovaResp’s software in intensive care units.

“We’ll likely pair up with a strategic partner that already is in the market and can get this to patients quickly, with licensing in different geographic areas,” said Hanafi. “And then [we’ll] apply this to other breathing-assistance machines, while developing the next generation of CPAP machines that are much more comfortable.”

To buttress that process, Hanafi said he is continually looking to expand his nine-person team, but said it is too early to predict how many new hires will come after the seed round closes.