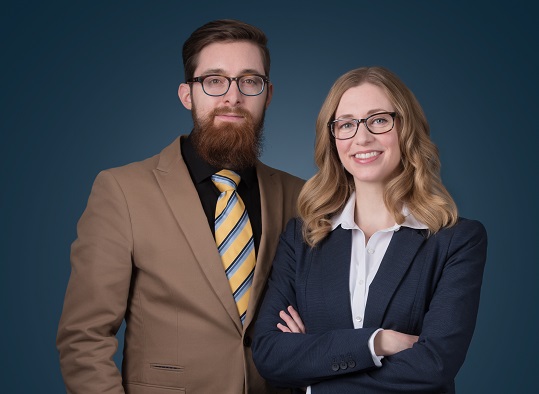 After a few years of development, Neothermal Energy Storage of Halifax is beginning two demonstration projects for its electric thermal storage unit, or ETS, which helps homeowners manage their energy consumption.

Led by Co-Founders Louis Desgrosseilliers and Jill Johnson, Neothermal has developed an electrical unit about the size of a trunk that stores heat in homes that use electrical or oil heating. It works in a similar way to a rechargeable hand warmer, with the same salt mixture inside.

The idea is that the homeowner can charge the heater at night when electrical rates are lower, then release the heat during the day. By not using electricity during the high-priced daytime periods, the device can lower heating costs by as much as half, say the co-founders.

The team is now testing the product in a private home (Desgrosseilliers’ parents’ place in Timberlea) and at a Pilikan House, a cleantech lab at the Nova Scotia Community College campus in Middleton.

“These demonstrations will lead to our early adopter pilot, which will come out this fall,” said Johnson in an interview.

As is often the case with physical products, the development of the Neothermal ETS took a few years of experimentation and adjustment. Desgrosseilliers developed the technology — which now has patent pending — during his PhD studies at Dalhousie University.

With that money and investment by the founders, friends and family, the team has developed the ETS with a goal of maximizing the functionality of the device. For example, the unit now has the ability to heat two rooms, so it can function in a smaller space that’s not big enough for a dedicated unit.

As a cleantech device, the Neothermal ETS could eventually reduce energy consumption at the community level if not reducing the consumption of individual households. Utilities everywhere are trying to solve the problem that peak consumption periods (early morning and evening) don’t coincide with the times that renewable power sources operate at peak output (daytime for solar; nighttime and stormy periods for wind). Once storage units are mainstream devices, utilities should be able to increase renewable power production, which would in turn reduce fossil fuel-based generation.

Johnson and Desgrosseilliers said that about half of the energy in the ETS can be stored long-term, giving more choice to the customer and better response to weather fluctuations. They added the ETS can be an effective tool for storing energy if people are worried about a power disruption because of a major storm.

The company’s near-term plan is to conduct a pilot product in Nova Scotia this autumn with a target of about 25 to 50 participants. Eventually, Johnson and Desgrosseilliers hope to take their ETS to larger markets, especially in the U.S. They said there are now six million oil-heated homes in that market, along with 42 million homes heated by electricity.