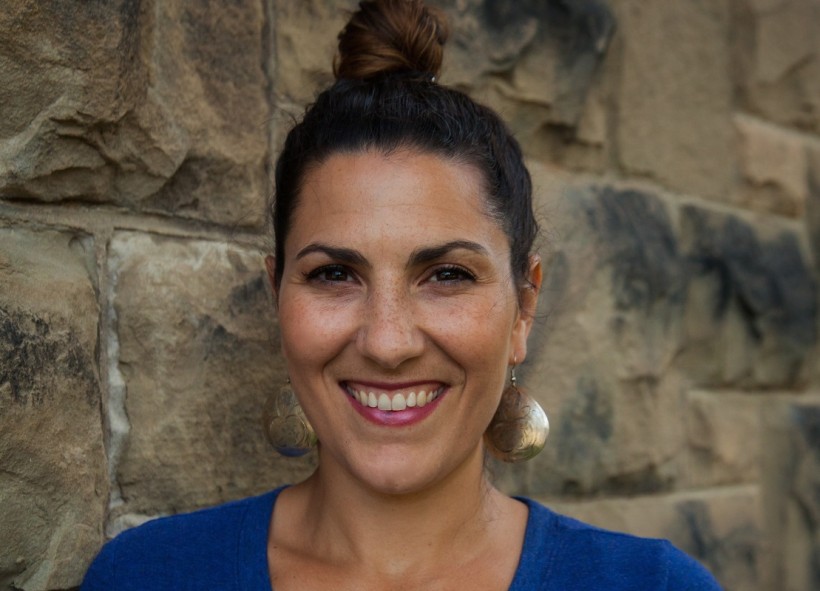 Miriah Kearney: 'I opted for homelessness because it’s a fixable problem.'

With this harsh December placing strains on homeless shelters, Truro-based clothing company My HOME Apparel is mixing business and goodwill by donating five per cent of its profits to charities that assist the homeless.

Founder and CEO Miriah Kearney has made ending homelessness her company cause since starting the venture in July last year. My HOME Apparel makes T-shirts and other items that incorporate the outline of the wearer’s home province, so the choice is appropriate.

“I opted for homelessness because it’s a fixable problem,” she said. “I want to be part of something great—to give every Canadian a home.”

Kearney and her staff of seven donate every three months to charities such as Shelter Nova Scotia, Truro Homeless Outreach Society, and the Canadian Alliance to End Homelessness.

The concept of home also works for the company in a business sense.

“Home is a powerful word, it resonates,” said Kearney who is the company’s designer. “When you add the province, you give people a sense of home pride. And people are catching on to the social component. They want to buy from companies that are socially responsible.”

In addition to making charitable donations, My HOME Apparel is currently running its own project called GetWarmatHome, which involves filling backpacks with cozy items such as socks and mittens. The boxes will be taken to Halifax to distribute among the homeless.

“The homeless are often forgotten and they’re feared,” Kearney said. “People think homelessness is a choice. They think the homeless are drunk or addicts. It’s not a choice, there are lots of reasons why people end up where they are.”

Kearney, a former junior high teacher and small business owner, never expected her idea of incorporating pictures of provinces into clothing to be widely popular, but the company is experiencing strong growth.

“We’ve had 100 per cent growth month to month,” she said. “I started at home by myself. Now, we have staff. We have a store in Truro and a seasonal kiosk in Mic Mac Mall in Dartmouth.”

Fifty per cent of the company’s business is done in Atlantic Canada.

“We also export a lot to Alberta because of the Atlantic Canadians living there. We sell a lot in Ontario, maybe because almost 40 per cent of the Canadian population lives in Ontario.”

Kearney said she is working toward gaining greater national exposure.

“We will be attending trade shows in the New Year,” she said. “We hope to grow the brand across the country, and open stores in new locations.”

This summer, she will open a seasonal location in Ottawa in order to be part of Canada’s 150th birthday celebrations.

The company handprints 70 to 80 per cent of its clothing in-house at its studio in Truro. The remaining designs are printed in Dartmouth, and the clothes are made at Stanfield’s across the street from My HOME Apparel’s studio.

The company has plans to offer other young clothing companies the chance to print their work at its studio.

In becoming an entrepreneur, Kearney is following the example of her mother, Shelley Austin, who owns her own business and was a clothing designer and seasmstress when her daughter was growing up.

Kearney is supporting homeless people partly to set an example to her own children.

She believes entrepreneurs have a unique opportunity to make a difference.

“Entrepreneurs have a responsibility to do good,” she said. “The impact we can have is tremendous. … When you’re an entrepreneur, you sometimes have to miss family events. I want to be able to tell my kids it wasn’t just about me.”